The controversial director expressed his thoughts on what makes a movie successful.

Darryl Yap did not mince his words in calling his fellow directors ‘plastic’ or pretentious, for claiming they are after winning the hearts of the critics and not the moviegoers. During the grand press conference of his film, Maid in Malacañang, Yap shared his insights on what makes a film successful.

“To be very honest, of course, the measure of a mainstream movie, is in the tickets talaga,” he said, noting how other directors have been very pretentious in claiming what the critics say is more important.

“(Many directors say that they make movies for various reasons. I really feel that’s just pure “BS’. I believe that a real director who is backed by a producer knows that showbiz is an industry, it is business),” he added.

Yap stressed the need to go after what the moviegoers want to watch, and that producers are not primarily concerned about what the directors want to show.

“(Because movies do not happen without the backing of a producer, and producers do not care what you want to show. You must know, that first and foremost, whether the moviegoers can relate with your film, or will they be interested in seeing it, will they watch I?)”, he noted.

He also discounted movie critics and underscored box office success as a bigger indicator of a movie’s overall performance.

“(Producing a movie is a business, and the success of a mainstream movie is measured by the response of the moviegoers, and not by what by movie critics),” he said.

Yap is the director of some of the most controversial films, including Gluta, Tililing, and Ang Babaeng Walang Pakiramdam, which received largely negative assessments from movie critics. During the interview, the young director reiterated his indifference toward film critics who give his films unflattering remarks. Most of the films also notably received backlash from various groups, because of their sensitive themes. But the director made it clear, that those reactions are what he intended to achieve, in the first place.

“I’ve been always making films that will make my audience uncomfortable, that will ask questions rather than give answers,” he said.

Maid in Malacañang is set to be released in cinemas on August 3. The film follows the last three days of the Marcos family before they were sent to exile in Hawaii in 1986. 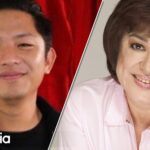 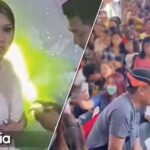