The Senator was seeking an explanation regarding the social media giant’s move against posts and accounts of several government offices, which flagged and removed it for engaging in malicious activities and violating community standards.

‘While we recognize Facebook and Meta’s continuing efforts against disinformation, cyberbullying, hate speech, terrorism, among other problems encountered in social media platforms, I join the concern of the government agencies and mass media organizations about the effects of the abovementioned incidents in the performance of official functions and their implications in national security, sovereignty and fundamental freedoms,” the letter reads.

Revilla’s more came in the wake of the social giant ‘s recent crackdown on hate speech and misinformation, which affected not just propaganda pages but also the official facebook pages of several government officials and offices.

“Parang lumalabas lang kasi na na-i-impluwensyahan ng pulitika ang aksyon ng Facebook at Meta (It seems to me that Facebook and Meta are deliberately meddling with our political affairs)” he noted.

“It is alarming that the country’s affairs are being controlled and at the mercy of a private foreign corporation. We cannot allow this. I will seek the platform’s explanation on this,” the Senator added.

Meta Platforms Inc. released a statement in early April that it has removed at least 400 facebook pages in the Philippines, ahead of the May 2022 polls.

The move is part of the company’s ongoing crackdown on misinformation and hate speech. 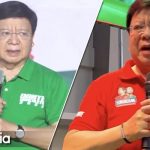 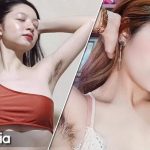