The Malacañang Palace stated that it will jail the individuals who are caught and proven to be selling or distributing unauthorized COVID-19 vaccines.

On January 12, Presidential spokesperson Harry Roque said that the punishment will be immediate for those who will be seen selling illegal, unlicensed, and unapproved vaccines for the coronavirus.

“They cannot sell if they do not have the license. If they sell, there is punishment. I think that is very clear,” Roque said during a press briefing.

“No one can sell and commercially distribute without a license from the FDA. May kulong po iyan.”

He made the statement after an investigation regarding immunized vaccine in the Philippines. According to the National Bureau of Investigation (NBI), they are focused on those who are spreading and smuggling vaccines that are still unapproved by the Food and Drug Administration (FDA).

But almost a month ago, some members of the Presidential Security Group (PSG) wereheavily criticized as some of its members admitted to having taken shots of the vaccine made by Chinese brand Sinovac.

Sinovac is currently still unauthorized by the FDA.

The Palace then defended the vaccination and even praised the PSG members for being “courageous” and “loyal” to President Rodrigo Duterte. The Presidential spokesperson said that as the coronavirus is a supposed “threat” to the president himself, his security detail decided to take the vaccines to protect the head of state.

He then said that the PSG is not scared to be investigated regarding the matter.

Duterte, however, has blocked attempts to investigate the matter. 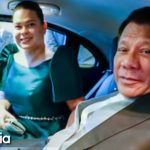 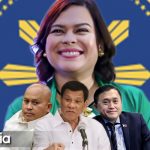