Netizens have been talking about Paulo Avelino and Charlie Dizon‘s new movie Fan Girl. It’s a story revolving around a 16-year-old’s obsession with movie star Paulo Avelino (yes, he plays a fictional version of himself).

The movie gained traction online because of its initially cute and light-hearted story which suddenly lead to a darker twist.

But the interesting plot of the film wasn’t the only thing that was talked about by netizens. One of the hottest topics on social media platforms is Paulo’s supposed frontal nudity in one of the scenes in the movie.

However, seeing how the specific shot was a bit unnecessary to the story, the filmmakers decided to remove it from the Philippine version.

Though it’s not exactly what has been posted online. Netizens have been talking about a screenshot of a scene in the movie wherein Paulo was peeing and his “head” can be seen.

While the online community has been all about this “reveal”, it has been confirmed that the actor’s supposed penis was just prosthetics.

Barbie Rothschild uploaded a photo of the fake private part on her now-disabled Facebook account with the caption “Paulo Avelino by yours truly.”

On the other hand, the actor called out those who kept uploading screenshots of the scene on their social media accounts. He stated that it may spark the curiosity of those who are under-age.

Fan Girl bagged the 2020 Metro Manila Film Festival‘s Best Picture Award as the lead stars and even director Antonette Jadaone also got their solo recognition during the awards night. 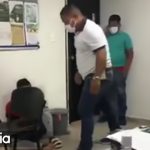 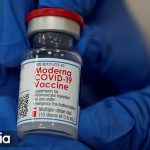