Malacañang has admitted that the Department of Health “should have been clearer” about the guidelines for the quarantine process of COVID-19 patients. This mistake eventually helped spread the disease.

Authorities have said that those who are to be quarantined shouldn’t do it with senior citizens, pregnant women, or those suffering from comorbidities who are more susceptible to contracting COVID-19.

The Oplan Kalinga program has been launched by the inter-agency task force recently which seeks to have patients who have unsuitable homes for quarantining be transferred to isolation facilities.

Cases of coronavirus saw a significant increase after quarantine measures were relaxed in Metro Manila in an effort by the government for an economic recovery.

The first two confirmed cases in the country were a Chinese couple, followed by another Chinese national but the government didn’t take it that seriously.

DOH Undersecretary Maria Rosario Vergeire refuted Roque’s remarks saying that there are now 91 testing facilities in the country, a major improvement from when the country still had to send swab samples of positive patients to Australia.

Vergeire also points out that the Philippines can now test at least 24,000 samples in one day which is also a huge jump from being only able to do 300 back in March.

Further, Vergeire also mentioned that the number of people who turn out positive per 100 tests is only at 8.6 percent.

The DOH is doing their best and blames the surge of cases on the relaxation of quarantine restrictions.

Senate Minority Floor Leader Senator Franklin Drilon on Wednesday said that the Inter-Agency Task Force (IATF) on Emerging Infectious Diseases failed in handling tasks as it is very possible that the country would hit 85,000 cases and 2,000 deaths come end of July, as predicted by a team of researchers from the University of the Philippines (UP).

Former UP Diliman chancellor Michael Tan gave the government an “F” or “falfak” in regards to handling problems brought by COVID-19, a week before the president delivers his fifth State of the Nation Address

Cabinet Secretary Karlo Nograles thought it just wouldn’t be fair to assume the government has failed. Roque also said that the UP experts might possibly join IATF to provide more help to the government. 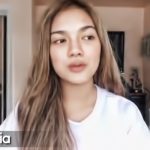 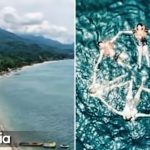