Camarines Sur 2nd District and House Deputy Speaker Luis Raymund Villafuerte Jr. called on the Lopez family to sell ABS-CBN to prove that it truly cares about the 11,000 employees affected by the network’s failure to secure a franchise renewal.

ABS-CBN will only get the support of Villafuerte once ownership is transferred.

“My suggestion to the Lopez family, they just sell the corporation, and if they really love the 11,000 employees or more and if they really want to serve the Filipino people, ibenta na lang nila ‘yung kumpanya,” Villafuerte told ABS-CBN News Channel.

Pres. Rodrigo Duterte gave a similar remark previously before the media giant issued him an apology for failing to air his political ads during the 2016 election season.

Earlier in May, ABS-CBN head of communications Kane Errol Choa said “ABS-CBN is not for sale” in a response to speculations that various companies such Ayala Group, Globe Telecom, and Udenna Corp are striking up a deal to buy the network.

Villafuerte also suggested that other huge corporations can fund ABS-CBN’s operations in the event the Lopezes decide to sell.

He underlined how Japan Tobacco Inc. acquired the Mighty Corporation in 2017 but allowed the latter to pay its unpaid taxes and retain its employees.

The lawmaker voted to deny ABS-CBN a franchise due to the alleged issues such as tax deficiency and Gabby Lopez’s questionable Filipino citizenship.

“But the risk is if they win again in 2022, and ABS-CBN again applies with the same ownership structure, they might experience the same scenario where they will be denied,” he said.

Villafuerte also reiterated Malacañang’s previous statement that President Duterte was ‘neutral’ on the network’s franchise bid, adding that he “never interfered, or called” any member of the House of Representatives to vote against franchise renewal. 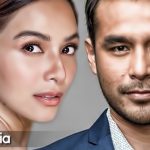 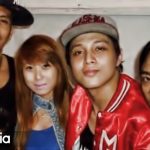