As much as possible, Duterte doesn’t want to use force, but people have been so hard-headed as of late.

Cabinet Secretary Karlo Nograles defended the President saying that if people keep on violating protocols, then the military might have to step in, and help the police maintain order.

“Parang sinasabi lang ni Pangulo, kung talagang magmamatigas ang mga pasaway, then we will really employ and ask the military to come in and help with the police. Parang ganun lang. That’s what he means.”

This is all that the President is asking for, he doesn’t want to take it to the point where force would be advised.

Martial law can only happen when there’s a rebellion or an invasion.

“Are we talking about martial law? Yung Constitution is very clear naman. In cases of invasion and rebellion. Pag wala naman yun, hindi naman ano (without it there’s no) yung martial law,”

The PNP has now reported over 100,000 violations of quarantine protocols.

Before the televised address, returning presidential spokesman Harry Roque said that Filipinos should be ashamed of themselves for being hard-headed and undisciplined following the news of the Philippines having the most COVID-19 cases in Southeast Asia.

As much as possible, people should be staying at home to prevent further spreading of COVID-19.

The residents of Asian countries that are implementing their own ECQ are abiding the guidelines, but the same cannot be said about Filipinos. Roque also pointed out that heavy traffic was present in certain areas of Metro Manila.

Filipinos should really be ashamed about not being able to follow simple rules, the same rules that can ease the crisis.

Not only is the Philippines the country in the Southeast Asia region with the most confirmed cases which is now at 5,878, according to Deep Knowledge Group, among the 20 countries with the highest risk of COVID-19, it is also ranked at the 9th place, with Italy being the first.

The ECQ in Luzon is set to end on April 30, but many have advocated for an extension. 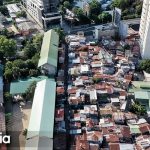 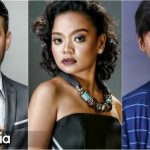