The closure of broadcast network ABS-CBN would not only put thousands of jobs in peril, but it would also have a major impact on Philippine culture and society, according to Asian scholars.

In a Philstar.com report, Asian culture scholar Laurence Castillo said stories on TV and movies not only entertain the public but they also “shape how we imagine, dream about and understand, the society, the nation, and the world.”

“How we relate to the world beyond our living rooms is influenced by how we see this world on the TV or movies,” said Castillo, who is a PhD candidate in Asian Studies at the University of Melbourne, and a literary and cultural studies professor at the University of the Philippine Los Baños.

According to Castillo, ABS-CBN “is an influential force in shaping popular tastes, developing new forms of storytelling, and defining the ever-evolving landscape of mass culture.”

Over the years, ABS-CBN has produced “Sineswekla,” “Bayani,” “Math Tinik,” “Pahina,” “Hiraya Manawari,” and “Wansapanataym” to teach kids important skills and lessons necessary for success in school and life.

With this, Castillo said ABS-CBN has “introduced local TV audiences to cultural works from other countries” and it “has likewise become a conduit for the transnational circulation and exchange of popular cultures.”

“TV series produced by the station have also been exported, introducing Philippine pop culture to audiences in other countries,” he added.

Castillo said ABS-CBN’s creative forms have already “gone to the extent of communicating, even commenting on socio-political issues.”

He noted that an ABS-CBN shutdown would mean “the loss of one influential platform for popular cultural dissemination, and more disturbingly the loss of employment for thousands… in the creative industries.

“It sends a chilling message about the ever-shrinking spaces for creative freedom and artistic practice in the political context,” he added.

For his part, Global Digital Media associate professor Jonathan Ong said the TV in the Philippines is more than just a source of news, information, and entertainment.

He noted that it is also an institution, wherein poor Filipinos could turn to in times of need and calamity.

He is also the author of “The Poverty of Television: The Mediation of Suffering in Class-Divided Philippines”, which was published in 2017.

“In my research in Filipino slum communities and their TV rituals, what stood out for me was the intimacy developed with television,” Ong said.

“TV is not just a coping mechanism but for the most desperate, they are real places to visit and line up for so they could tell their own stories in the game show, or request for charity assistance,” he added.

Ong said the closure of ABS-CBN would mean loss of disaster responders and full-scale charity programs such as “Bantay Bata” and “Sagip Kapamilya.”

Founded by the late Gina Lopez, the “Bantay Bata” is the country’s first media-based helpline for children’s welfare that continues to protect disadvantaged and at-risk kids.

The “Sagip Kapamilya” program, on the other hand, serves as a channel for disaster response.

“Historically, Philippine TV acts as the government in the context of a weak state unable to respond to the needs of its poor constituents,” Ong said.

“Philippine TV is the ‘big man’ patron of the poor. Under Duterte’s strongman government, other ‘big men’ patrons would pose a threat,” he added.

The ABS-CBN’s franchise is set to expire in March 2020.

The network would have to shut down its operations if the bill seeking to renew its franchise is not signed into law soon.

President Rodrigo Duterte has been issuing threats not to renew the franchise of ABS-CBN since 2017 following accusations that the network did not air his political advertisements during the 2016 presidential campaign. 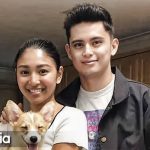 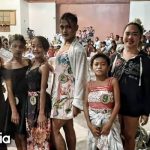