This March 2020, the 25-year franchise of one of the biggest TV networks ABS-CBN would come to its end.

Failure to renew its contract will cause the company a big loss.

A research analyst of Philstock Financial Inc. named Japhet Louise Tantiangco told The Manila Times that if the ABS-CBN fails to renew their franchise, this would drag down the company.

“Telebroadcasting is a significant part of ABS-CBN, so a non-renewal of its franchise would be a drag to the company,” he said.

Without the franchise, he also said that the company would go through “challenging times as it builds new business strategies to cope with the new circumstances.”

In 2017, President Rodrigo Duterte ranted against the network for allegedly airing biased stories against him.

In late December, President Duterte advised the network that it would be wise to sell the company because “it’s only now that Filipino would be able to get back at your wrongdoings.” he said.

The non-renewal of the franchise would be a heavy opportunity loss for the network but it will most likely survive if income sources are diversified.

He also said that ABS-CBN could focus on other “businesses which include digital, cosmetics and financial technology.

TV5 is open to airing ABS-CBN shows as a blocktimer but they said that they will have to look at it first before accepting the agreement.

“The block time agreement offer would entail costs for ABS-CBN, so we’ll have to look into this first.”

Cagayan de Oro Rep. Rufus Rodriguez showed his support for the TV network and said that the house of Representative should start acting on the pending franchise renewal by saying: “Congress must uphold the Constitution to ensure press freedom,”

A signature campaign has also been raised by the National Union of Journalists of the Philippines for a million signatures to urge Congress to extend the network franchise.

Senator Panfilo Lacson warned that if the Supreme Court would grant the OSG’s quo warranto petition to revoke the media network’s franchise if the network there will “constitutional crisis” since it is up to Congress to renew the franchise as written in the constitution.

Palace spokesperson Salvador Panelo reacted and said there will be ‘No constitutional crisis’ if the Office of the Solicitor General (OSG) would file a case against ABS-CBN over the alleged violations on its franchise.

Panelo also said that one of the bases for the quo warranto petition is the unpaid taxes of the Lopez Holding Corp.

There are nine bills have been filed and still pending for deliberation at the House of Representatives’ Committee on Legislative Franchise that seeks to extend ABS-CBN’s franchise. Without a franchise granted by Congress, under RA 3846, radio and television broadcast stations will not be allowed to operate. 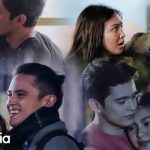 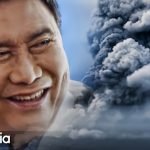