Newlyweds from La Trinidad, Benguet went viral on social media for using vegetables as the decorations during their wedding. 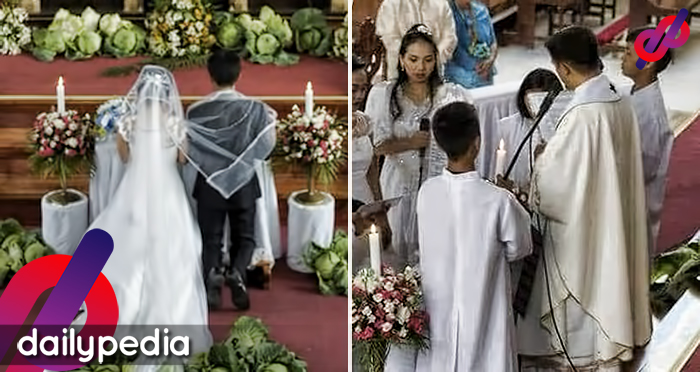 Fleann and Claver Molot had netizens praising them for their cheap yet unique idea.

Multiple photos circulating social media show the couple standing at the front of the church. ready to say their wedding vows. Surrounding them were only a few flowers, but most were a variety of vegetables.

Cauliflowers, cabbages, and broccoli were seen scattered throughout the church.

According to Fleann, it was her aunt’s idea to use vegetables as decorations since flowers were really expensive at the time of their wedding.

Vegetables have a significance in La Trinidad. Vegetables signify happiness and prosperity.

The couple then mentioned that their offsprings will be having the same vegetable-themed weddings.

The vegetables were later given to the guests.

The couple were married on July 7 at the San Jose Parish Church in La Trinidad.