Netizen and mother of two Eryl Santos went on Facebook to call out her husband for the stress and hardships he brought her when they were still together.

She detailed how her husband, Aivan Jade Santos, was one of the worse things to happen to her. Eryl said she did everything for him but he always found a way to take their marriage for granted. 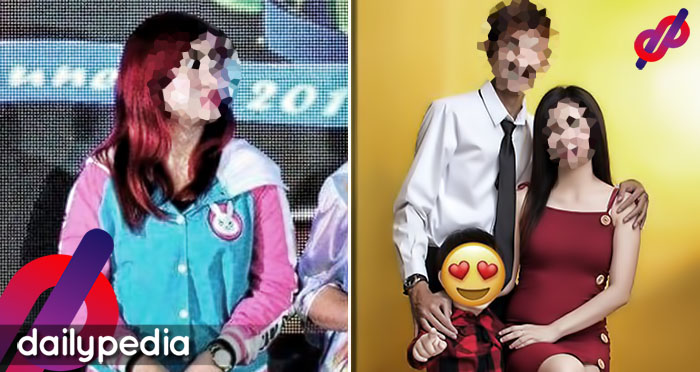 Aivan had a bad habit of gambling which really hurt the family financially.

Eryl hoped that one day, Aivan would change for the better, but that never happened. This made her realize that she needed someone else, someone that would accept her for who she really is.

“Thinking na one day magbabago ka through age and time but most especially through God. I know I am not perfect too but I need a man who will help me make my imperfections worth loving for.”

What hurt Eryl the most is the fact that he got her pregnant and then went on to cheat on her with other women, and this isn’t the first time he did this.

Aivan came back to her and Eryl made the mistake by accepting him thinking that he was a changed man.

Eryl made it clear that they will not be getting back together as the damage Aivan caused was just too much.

She mentioned that she filed a case against her husband in an attempt to recover a certain amount that according to her, Aivan wasted.

But with all the difficulties that she faced, she said that she will still respect Aivan’s new woman, Isabelita Carla Rellosa Vargas, whom he dated a few days after they met on Mobile Legends.

The reason she shared her story is that she needed to get it off her chest, given all the heartache that was brought to her by her husband.

“At sa lahat ng makakabasa nito. pagbigyan nyo na ako. matagal akong nanahimik. matagal kong dinala ang sakit at ang lungkot. Gusto ko ng lumaya sa bangungot. Please, kindly respect my decision of posting this last chapter of our story. This will be the start of a new life, a new journey for me and my children…”

She posted photos taken at a time they were still happy together.

Eryl also posted screenshots of Aivan and Vargas messaging each other intimately which she got from Vargas’ former live-in partner.

Dailypedia was able to get more information on the matter from Eryl herself.

Eryl and Aivan go way back. They met back in June 2003 when they were classmates at Cavite National High School.

Their relationship became official after a month but it did not last long as they were still young. Aivan was Eryl’s first boyfriend.

The two were reunited during college which eventually led to their horrific marriage.

The first time Aivan cheated was when Eryl was just three months into her pregnancy with their first child. Aivan went away for nearly a year and had a child with another woman before coming back to Eryl.

“[Aivan] played bahay bahayan to his mistress then whom he have relationship for a year and managed to have a child. He came back when my first born was about to reach 1 year old. I believe in second chance. So i gave our marriage and our family a second chance.”

Aivan briefly showed that he changed for the better, but had a big problem when it came to gambling.

“Nung pagbalik niya, he really showed me that he will change for the better pero there were times i mean most of the time d niya maiwasan yung gambling like casino, ending and sakla.”

Aivan even pawned both their iPhone 7s twice just so he had money to go gambling.

Aivan left for the second time when Eryl got pregnant again. He was cheating on her then with Isabelita Vargas.

Isabelita’s ex-boyfriend is actually one of Aivan’s friends who warned her that Aivan is already married. Isabelita said that he doesn’t have to worry about anything. He caught her cheating so he kicked her out of their apartment on July 20.

Aivan felt bad for Isabelita and decided to live with her in another apartment. He went away for a while and didn’t even attend his son’s birthday.

THIS IS MY FIRST AND FINAL POST FOR MY ESTRANGED HUSBAND OF 6 YEARS, AIVAN JADE SANTOS. Minahal kita at naging loyal…

“I was enraged knowing that my husband and his mistress managed to expose their relationship out in the open. It seemed to me that they were proud of their affair. That was so disrespectful on my part.”

She has filed a case under Republic Act No. 9262 (Anti-Violence Against Women and Their Children) against her husband. She is looking to gain a certain amount of money from Aivan since she knows he can’t provide for their family.

Having found out about the case, Aivan immediately cut off all communication with Eryl.

“He blocked all the communication he have with me when I demanded the right amount he should have given me. That’s why I don’t have contact with him anymore and since I found out about all of his affairs from many different women, I received nothing from him not a single penny to provide for our needs.

Aivan also mentioned that he is planning on marrying Isabelita.

Eryl feels bad for her eldest son. Her son would constantly look at pictures of his dad on the phone. He would also call out ‘daddy’ to any man that resembled his father.

Eryl is currently waiting for a court date to settle her case. 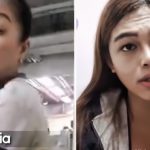 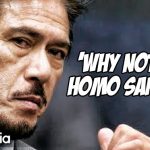