Dogs are man’s best friends. Dogs build special relationships with their masters or owners. The pets stress relievers and would can be protectors, too. In exchange for all the good things that dogs provide their masters, the owners feed them, comfortable shelters, and love as well.

For dog owners, their pets are their companions in facing life’s challenges. In order to show gratitude for their pet dogs’ loyalty, some owners give ‘special treats’ like the facebook user Sean Red Fernan from Cebu City. 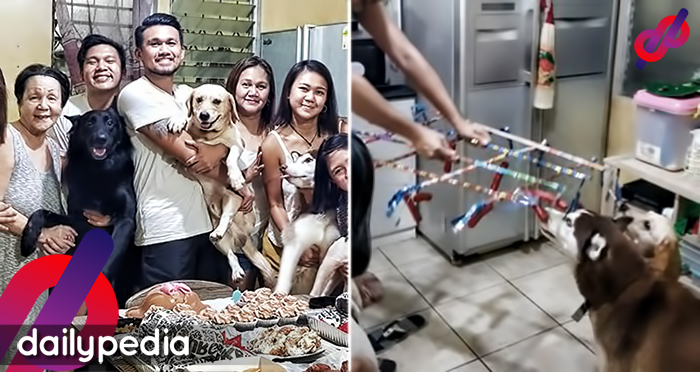 He prepared a birthday celebration for his dog Padfoot and shared it online.

The three photographs he uploaded described how Fernan is thankful for the four years  that Padfoot has given him happiness. To him, Padfoot is the sweetest and clingy dog that he ever has. He mentioned that he loves his dog so much and his pet doesn’t need to be jealous with other dogs in the house.

Though his dog can’t speak but can bark, the photograph tells how important he is and how he is being loved by his master. The highlight of the party was the games that were participated only by dogs. Like other children’s birthday party, a ‘Pabitin’ is played. It is a fun game played during Filipino fiestas and traditional parties. Items are attached to a rack and suspended over a crowd.

Players grab stuff form the wooden rack as it is lowered and raised, vice versa. Usually, the items attached to the rack are toys, foodstuff, and even money bills.

At Padfoot’s birthday party, Sean created his own version ‘Pabitin’ with hanging hotdogs, to which his dogs love. Also in the video  that went viral–while the wooden rack was raised and lowered back-and-forth, Sean’s dogs were standing on their hind legs in order to reach for the hotdogs. 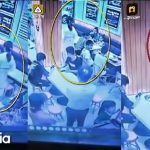 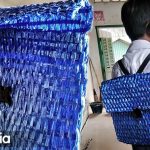