On May 31, broadcaster Erwin Tulfo of the radio program Tutok Tulfo called the office of Department of Social Welfare and Development (DSWD) Secretary Rolando Bautista for a phone interview. Tulfo was told that he had to follow protocol and file for a request for an interview.

This angered Tulfo who then immediately ranted about the secretary on his radio show.

He even threatened to slap the DSWD secretary’s face if they ever run into each other.

The Philippine Army reacted to Tulfo’s rant, specially since Tulfo insulted Bautista who is a retired three-star general. Soldiers all over the country also posted their support for Bautista on their social media accounts, including one man named Agustin Nicolas Leano Sotelo (Nick Sotelo on his Facebook) who is a military consultant.

Sotelo posted on Facebook a throwback photo of Erwin Tulfo who was rescued by Philippine Army Scout Rangers after his speedboat sunk when he was still a newbie broadcaster. Bautista was an Army Ranger during his active service.

In his post, he had mentioned that “Amnesia is indeed such a despicable disease,” referring to Erwin who had forgotten that the Rangers had saved his life.

Sotelo even wrote an open letter to Tulfo as he defended Bautista by telling that the former he should learn how to respect and follow protocols. He mentioned all the achievements Bautista has earned and how well-respected he is by the Philippine Military Academy and other military groups he joined.

“That ‘punyetang’ DSWD secretary you were bad-mouthing on the air was, in fact, an upperclassman of mine in the Philippine Military Academy. He was one of our snappiest upperclassmen, being a very highly-respected and well-loved member of Sandiwa Class of 1985 and a Charlie Company mate of mine. He entered the Philippine Army and became a Scout Ranger, one of the most elite units of the AFP and in fact, the fightingest unit in all the 7,107 islands you know as the Philippines.”

In another post, he posted the statement of the DSWD Secretary Rolando Bautista, where he stated that he accepted Erwin’s apology but he must Bautista’s conditions to show his sincerity.

In Bautista statement, he thanked all of the people who supported him. 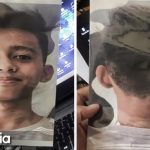 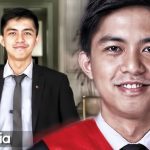