President Rodrigo Duterte brought along around 200 people including 20 cabinet members on his official visit to Japan. This led TV host Korina Sanchez, wife of the defeated senatorial candidate Mar Roxas, to express her disappointment about the rather large entourage. 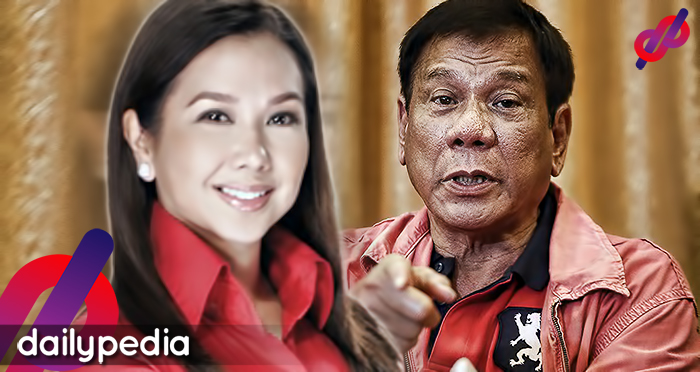 Sanchez questioned Duterte’s decision in her Pilipino Star Ngayon column. She asked if he really needed to bring along 200 government officials on his official visit to Japan.

She pointed out past administrations also faced criticisms whenever a large number of officials tagged along on official trips.

She also said that bringing everybody along on an official trip is a trademark of Duterte’s administration, either taking advantage of the government or the government of another country.

Philippine ambassador to Japan Jose Laurel V had said that the trip was possibly a post-election reward for cabinet members. This was immediately denied by Malacañang.

“Pabuya sa nakaraang eleksiyon,” Laurel said. He wondered why there were 200 people, including 20 cabinet members, in the entourage. Officials involved in local government and land reform were also in the group which led Laurel to question their presence since there were no land reform concerns to be taken up with the Japanese government.

Duterte’s official trip was paid for and organized by Nikkei but there is no confirmation if they shouldered the cost of the Cabinet’s trip.

“The invitation was extended by Nikkei. They will shoulder the costs. If it’s for free, tell the neighbors. The companions also incurred costs,” Laurel said.

The Malacañang spoke up and denied Duterte’s trip was a reward for his cabinet members.

Executive Secretary Salvador Medialdea said in a text message that, “Each Cabinet member who joined the trip has trade missions. They are not decorations in the summit.” He added, “They are just doing their job.”

Trade Secretary Ramon Lopez also send a text message, saying that the President maximized his presence for several investment opportunities and it was never a pabuya or reward.

“I don’t know about that. But every time we travel with the President, we maximize his presence and have him speak to several investments fora and we conduct deal signing, business matching, and networking, roundtable meetings with (President Duterte) and investors and secretaries do join as an opportunity to dialogue with the foreign business community.

“We have never seen this as pabuya or reward when we are working day and night just to prepare for all these activities,” he added.

The president left the country at 4 p.m. and arrived at Tokyo, Haneda International Airport at 9:52 p.m. During his departure, media was off-limits and only his closed-in team was allowed in the Kalayaan Hall at Villamor Air Base.

While he is in Japan, President Duterte designated Justice Secretary Menardo Guevarra as the officer-in-charge.

“The Department of Justice Secretary Menardo Guevarra shall act as officer-in-charge to take care of day-to-day operations and general administration of the executive department and he shall, if necessary, act for and on behalf of the President, except on matters that the President is required by the Constitution,” Duterte said in his one-page directive. 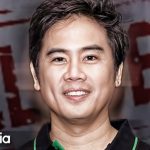 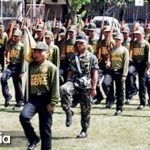