Jeepney drivers in the Philippines are used to do multi-tasking – from driving, collecting passenger’s fare, and even calling passengers to ride his jeepney.

But a driver had his own technique of driving, which had gone viral on social media.

A Facebook user named Giancarlo Dones posted the video of a jeepney driver in Pampanga who had such amazing driving skills as he captioned it with, “driving skill level: 99999999999”.

In his video, the driver used his right foot to change gear. Dones find it so amazing that the driver managed to use his foot instead of using his hand to shift the gears. This made him decide to have a video of his driving skill.

This was very unusual ‘coz such kind of driving skills, when driving a jeepney or four-wheeled car. It is proper to use a hand to change gear but this driver is a pro using his right foot.

Netizens were also amazed seeing his video online and some even wanted to try how he does it.

“Woooh this is crazy, to him am odd one out” – Kinuthia George

“Grabe! Im one with the machine!”-Katherine Balboa

The viral video had garnered more than 43 thousand reactions and 46 thousand shares on social media. 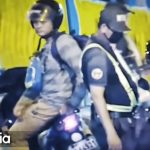 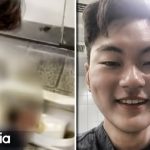