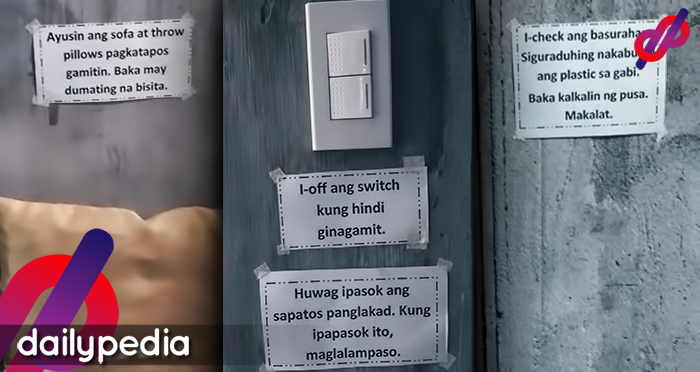 It is very important to keep the house nice and tidy but maintaining the cleanliness could sometimes be challenging, especially when all are busy with their jobs.

A Facebook user named Joanna Mae Briones Alcantara shared on Facebook her own idea on how to maintain their house’s cleanliness. She started posting small notes all over their house starting from their light switch, sofa, windows, comfort room, kitchen sink to remind her husband on how to keep their house tidy.

The married couple just transferred to their new house and they wanted it to be clean and organized. So Joanna had thought of posting notes as a reminder of their responsibilities in taking care of the house.

These are the rules she posted all over their house:

All she wanted was to take care of their house for they have worked so hard to have their own house.

Her post doesn’t mean that her husband doesn’t help her with the house chores but this was a reminder that despite their busy schedules with their work they have put their effort to clean their house.

Joanna, a public school teacher, didn’t expect that her post would go viral because for her the rules she made was just for fun since they just transferred to their new house and anytime she could pull off those notes posted on their walls. 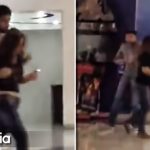 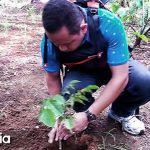