By the end of the school year, graduating students are busy preparing for their graduation rites; especially fussing about what to wear during the ceremony.

But a transwoman graduating student was questioned by her teacher because of wearing female clothes for the ceremony.

Roman Giuseppe “Emma” Bueno, a transwoman student from Ateneo de Naga University posted his sentiment over a transphobic/homophobic teacher who called the attention of the graduation committee to question her wearing of female clothes for the baccalaureate mass and graduation day ceremonies; knowing that she had been doing these for two years.

So Emma came up with the decision to bring her concern to the university president by writing a formal letter. She stated in her letter that she is a transgender woman who had been wearing female clothes as a reflection of her gender identity, yet the graduation committee disapproved of her manner of dressing.

Appealing her issue, Jesuit priest Fr. Robert Rivera, who is also the university president, allowed her to dress up as a woman during the baccalaureate and graduation ceremonies. In her letter, she explained that forcing her to wear male clothes would make her feel  like a cross-dresser, because she really sees herself as a woman. And even her family, friends, peers, and the Ateneo Community had shown support of her gender identity.

We all know that some Catholic priests are against the credo of the LGBTQ community, but Fr. Robert is a lot more different than any other priest. He understood Emma’s sentiment to wear her desired clothing and by giving his recommendation, Emma received her greatest graduation gift.

Here's the letter I sent to Father President 💙💛 pic.twitter.com/yx58s8ptjC

A note on her letter said that the university already has an “Anti-crossdressing policy that was approved by the OIC of the university in 2017. Since Emma has physically transitioned and has been dressing as a woman for two years, the university had allowed her request.

Her Twitter post received a lot of positive reactions and congratulated her, and acknowledged Fr. Robert for being understanding and open-minded to all LGBTQ community members.

Fr. Robert Rivera is really an understanding and open minded Jesuit. Glad to know he is your University President. He deserves the position and you deserve to have a president like him. Best regards Fr. Rivera and congratulations Emma! All the best! Thanks for sharing this. 😊 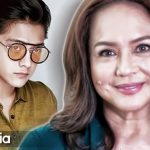 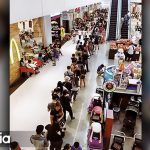