Because of poverty, we sometimes say that it is a miracle for us to have finished studying. It is very hard to reach the dream of the child to finish his/her studies when thinking that his parent is in a difficult situation financially. And gettting loans to pay the tuition of a child is not a joke.
This is how Benjie Liloc, from the city of Balingoan in Misamis Oriental, would describe his life as a child.

He’s proud to share that because of poverty he used to sell puto (rice cake) and kuchinta, Filipino native delicacies, while studying to get his elementary and high school diplomas. 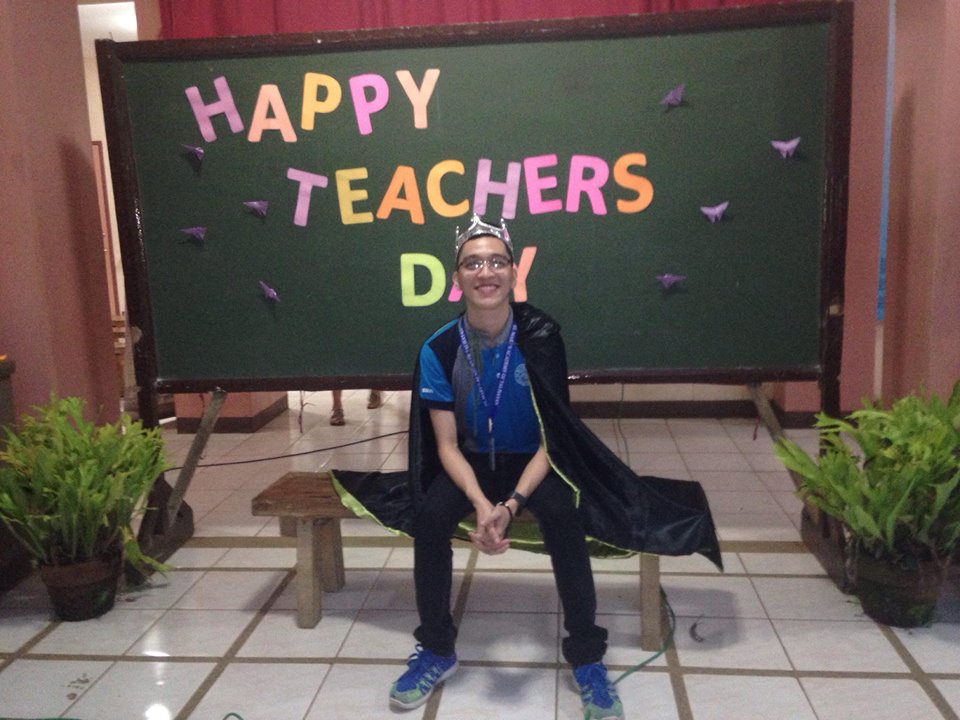 Benjie grew up in a broken family where he lived with her mom, whose only income was only enough for their daily needs. Life then was very hard that he felt like every day was an act of survival, especially when they reached the point where his mother wanted to give them up for adaptation because of poverty.

“I grew up from a broken family and raised by my mother whose income was only enough for us to eat. Lisod kaayo ang among kinabuhi. Every day was a survival of the fittest.”

But his mother’s love prevailed and decided to keep them with her, despite their hardship in life.

“It almost reached the point nga ipanghatag nami sa among inahan but her love for us prevented her from doing so.”

At the age of 13, Benjie already shouldered the responsibility for his family by selling snack food instead of enjoying his childhood like any other children playing around.

“At an early age, I sacrificed my life and my youth in order to help my mother and survive.”

There was also a time when he was selling that there were only a few people buying his snack food, which resulted in less profit.

“I almost want to cry. I took a sit, breathed heavily, and told myself, “Benjie, you cannot live your lifetime like this, take a rest but do not stop. Get up and keep moving on.”

After he graduated from high school, he decided to continue his college studies at the Misamis Institute of Science and Technology in the city of Balingasa, Misamis Oriental. 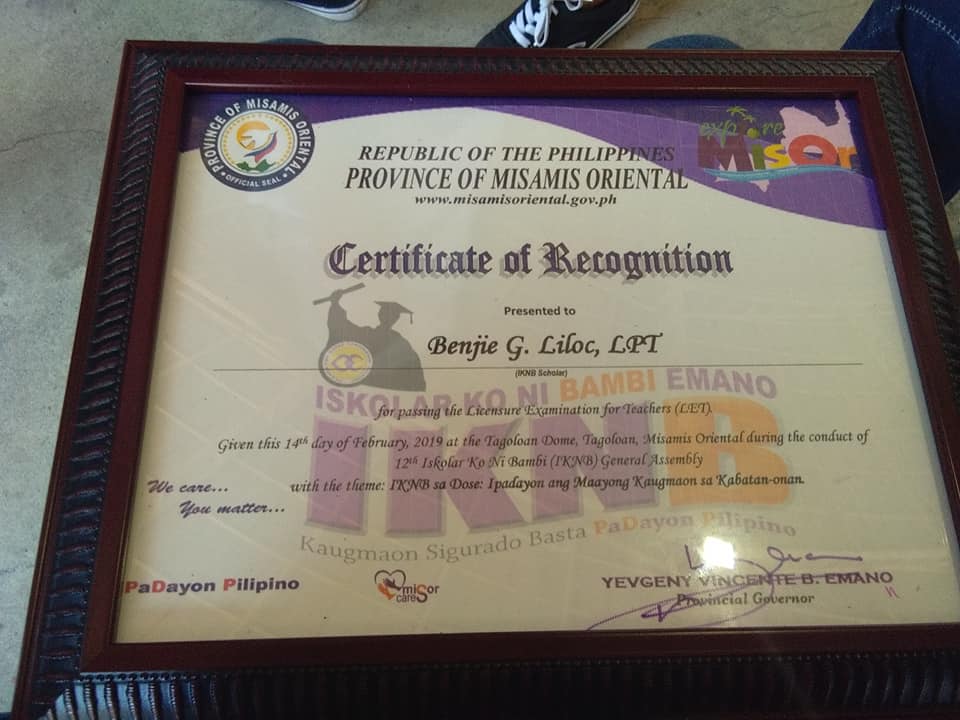 He was so disappointed with a scholarship program that did not pay for his tuition fee. It was also a reason for him to stop for a year and his mother could not really afford to let him continue his studies but then he did not lose hope.

In his perseverance to finish his studies, he continued to look for a scholarship that would accommodate him. And during exams, he would plead his teachers to let him take the exam and make promissory notes.

“I survived my first year in college pleading with my teachers to let me take my exam and make promissory notes but still I keep on searching for a scholarship.”

Truly, blessing comes to those who persevere in life. One day, when he went to the cashier’s office, he was in shock when he saw that his tuition fee has already been deducted with the amount of P2, 500 as he was already accepted by the scholarship program of Governor Yevgeny Vicente Emano called “Iskolar ni Bambi.” And from then on, his scholarship continued until he graduated college.

After he graduated from college, he immediately took the licensure examinations for teachers and passed. Now, he is currently teaching at the St. Mary’s Academy of Talisayan. 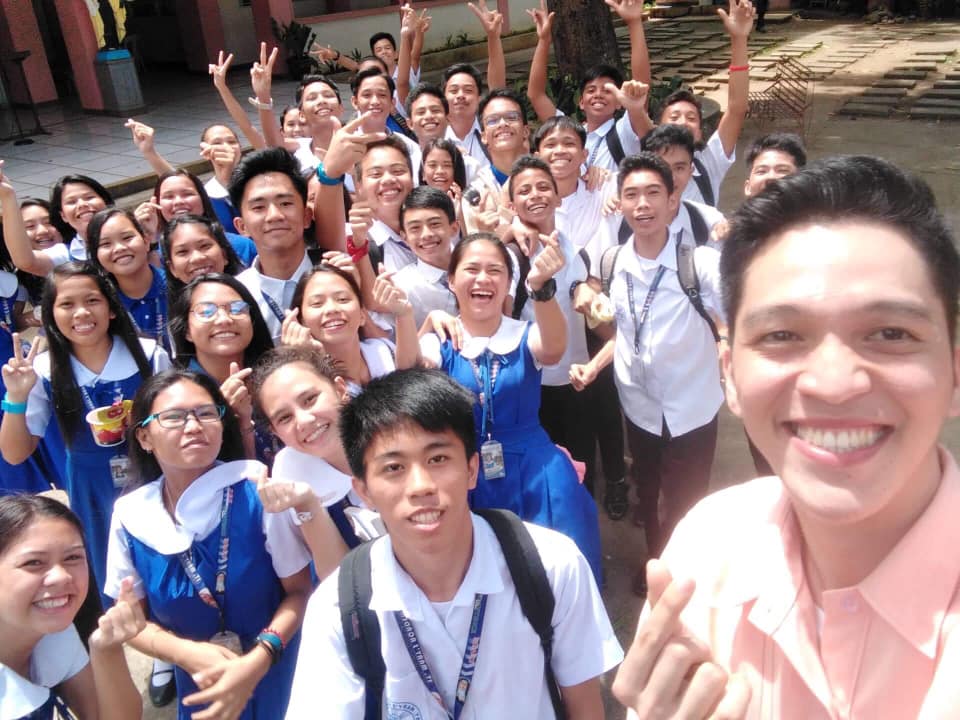 “I graduated from college. I landed in the noblest job which is teaching, and passed the licensure examinations for teachers.”

On the 12th General Assembly of Iskolar ni Bambi, he was given the opportunity to give an inspirational message in front of 3,000 students of Misamis Oriental. He encouraged the students to continue and never stop reaching for their dreams.

He said, “There are no shortcuts to success. In order to be successful, do not underestimate the power of prayer. Just take a rest, but do not stop. Listen to yourself. Get out of your comfort zone. Plant your seed and have the sweet harvest of tomorrow.” 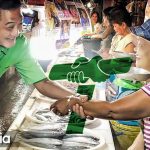