Malacañang stated that it was not Presidential Assistant for the Visayas Michael Dino‘s fault that his chopper landed at the Ultra Philippine Sports Complex without the permission from authorities. It also disturbed an ongoing youth sports event at the venue.

During a Palace news briefing on Thursday, January 10, Presidential Spokesperson Salvador Panelo blamed the pilot and said Dino was merely a passenger who had no choice regarding the circumstances of the landing.

“It’s the fault of the pilot, not the passenger,” he said.

Posted by Office of the Presidential Assistant for the Visayas on Saturday, December 15, 2018

“The pilot should have known that you’re supposed to have clearance. Ask permission first before going there. You should know it’s clear. The pilot was wrong there.”

Posted by Office of the Presidential Assistant for the Visayas on Sunday, November 25, 2018

Meandwhile, The Philippine Sports Commission chairman Butch Ramirez said that he was informed by the PhilSports Arena staff that there was no clearance issued for Dino’s landing.

“I was informed by PhilSports personnel that there was no clearance [regarding the] landing that day.

“Any public or private officials who seek landing must clear from the PhilSports Administrator who is under the leadership of the Philippine Sports Commission,” Ramirez stated. 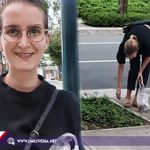 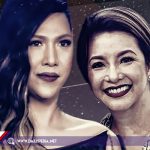