The incident was said to have happened at the Smart Araneta Coliseum in Cubao, Quezon City.

In the post, Ovlac shared that he was at the venue to watch the Magic on Ice when he passed by the Pizza Hut booth before the show starts.

The netizen said that grandma in the video got angry because she was trying to buy popcorn from Pizza Hut and the employee immediately directed her to the popcorn stall.

When the service crew entertained another customer, who was actually buying pizza, the grandma got pissed and told her that she was in line longer.

The crew had no choice but to explain that the Pizza Hut stall and Snaxx stall are different.

A bit later, the grandma’s husband went to the Pizza Hut booth to buy water, but for safety reasons and per management’s orders, the lid needed to be taken. The man refused to have his water bottles’ lid to be taken.

The daughter of the couple stepped in to gang up on the service crew, telling her that she was rude before throwing a hotdog bun at her.

People were starting to crowd as the family ganged up on the Pizza Hut staff, who began tearing up.

The video now has more than 3 million views on Facebook. 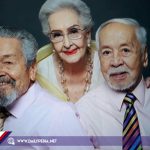 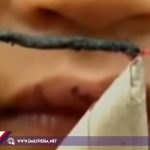