It was a bittersweet moment for the people at B-Side‘s Closing Party last September 29, Sunday.

The venue held a last event following the news of their shut down after being an established place for the community of artists and musicians. 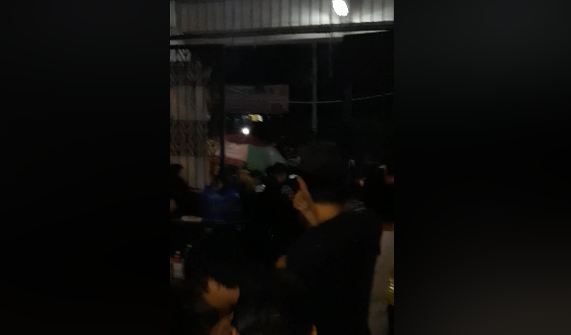 But the otherwise nostalgic event became quite a mess as people outside became violent to the point that they broke the gate just to enter the venue.

In a video taken by Saab Magalona, who was supposed to perform with her band at the event, she said that people outside were shouting and cursing the guards to let them in.

“They broke the glass door of Wingman and were climbing the gates. Video taken by our drummer. Not enough security for a free concert. We had to leave.”

In a video uploaded by a certain Patrick Briones, a huge number of people can be seen being loud and aggressive despite not being able to enter the place.

Facebook user Loveda Raña also shared the situation she encountered, saying that the crowd outside were starting to get loud while forcing their way into the venue.

In another video, she showed the situation inside.

The B-Side was said to be closing down after a condominium has acquired the lot. This remains unconfirmed by the B-Side’s management.