After Duterte’s long-time aide drew flack when he used Bong Go labelled bags while distributing relief goods in Manila, a photo of a customized smarthphone with a cartoon image of the Special Assistant to the President and President Rodrigo Duterte went viral on social media.

A netizen posted a photo of the said customized phone which they received inside the loot bags. The loot bags were distributed during a recent Sangguniang Kabataan meeting at Malacañang.

The phone is a Cherry Mobile Desire R6 Plus and was enclosed in a white box containing the drawings of the two officials standing side by side.

The words “BONG GO NA TAYO” is printed at the space above, which is the phrase often used by the supporters of of Bong Go who are encouraging him to run for the 2019 Senatorial Elections.

However, Bong Go denied his involvement in any production of goods bearing his face and name.

He also thanked the ones that distributed the goods but urged them to refrain from using him on the design.

This was not the first time that people has suspected him of early campaigning for the elections as the allies of the Duterte administration launched the #ReadySetGO movement to urge Bong Go to run for the elections. 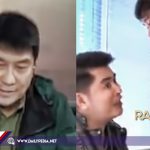 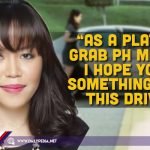