Despite the backlash regarding sports reporter Dyan Castillejo‘s blunder, a number of netizens still defended her saying that it may be just an innocent mistake.

One of which is former PTV 4 reporter Kathy San Gabriel who took it to Facebook to share her opinion regarding the whole controversy.

On her post, San Gabriel informed everyone about the situation in a live or an ambush interview. She stated that mistakes are unavoidable as it is crowded and noisy.

She clarified that even if she doesn’t know why Castillejo said what she said, but it doesn’t necessarily mean that she’s against the current President.

In a tweet of Castillejo last April 2018 during the Palarong Pambansa, she has addressed the President as “our dear President Rodrigo Roa Duterte”.

On July 15, Dyan Castillejo conducted an ambush interview with Senator Manny Pacquiao right after he won his fight with Lucas Matthysse. In the interview, she addressed President Rodrigo Duterte as “your President” (when talking to Manny P) which drew flak from the President’s supporters. 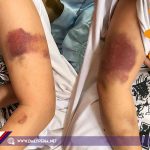 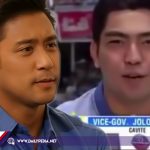