It’s Showtime‘s Tawag ng Tanghalan grand champion Janine Berdin shared how overwhelmed she is with the blessings that poured in via the show. She sconsidered her victory as God’s gift to her and her family because with her winning the contest–it helped her family to pay off her grandmother’s dialysis.

The TNT season 2 winner admitted that her family has been facing a problem for a while now. It is regarding the bills of her grandma’s dialysis sessions.

Upon winning two million pesos from the show’s singing tilt, they finally have enough funds to help her grandma’s treatment.

Aside from the dialysis sessions, the prize money will be a big help to her studies as well as to her siblings’ education.

Janine shared that she thrilled about the upcoming concert of the TNT contestants, titled TNT All-Star Showdown that will happen in Araneta Coliseum on July 28. It was also revealed that she may be the ‘star of the show’.

She will be joined by all previous contestants TNTers along with the first grand winner, Noven Belleza.

Janine added that she’s sure with her recording career as she’s now signed a contract with TNT Records.

Her whole story will be aired on ABS-CBN’s Maalaala Mo Kaya (MMK), hosted by Charo Santos-Concio. Janine will be the one portraying her character. 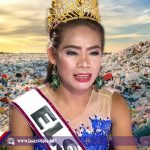 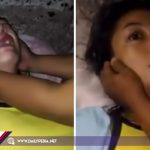