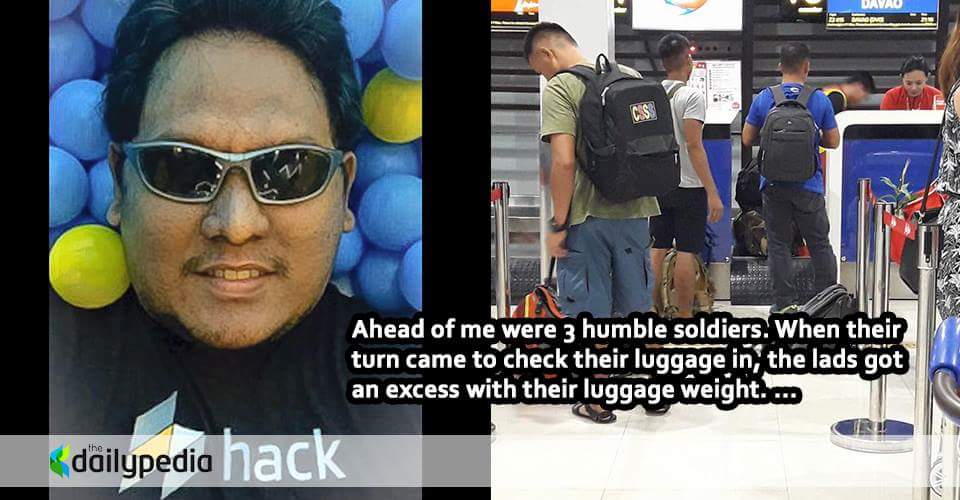 Whenever a passenger chooses to travel by air, unexpected circumstances cannot be prevented no matter how thorough the planning had been.

Sometimes the passenger would have a delayed flight due to the weather conditions, and other situations that may cause troubles to the traveler.

And one of the most common problems is excess baggage.

Most of the time, when a person experience this, we all could need a Good Samaritan that would be nice enough to offer their unused baggage allowance.

For example, remember this scene from That Thing Called Tadhana? 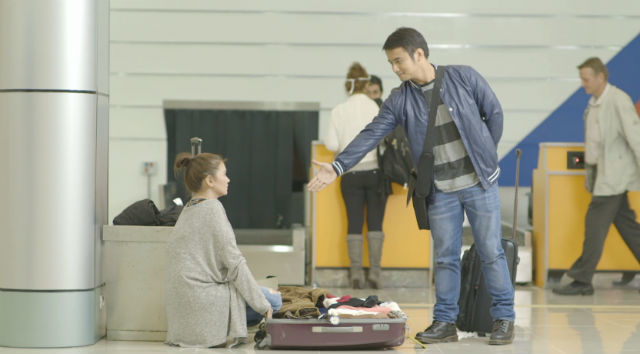 Excess baggage happens a lot, and unfortunately, it also happened to our brave soldiers.

The incident was posted on Facebook by Inday Rakel, and was later shared by Eric Clark Su. 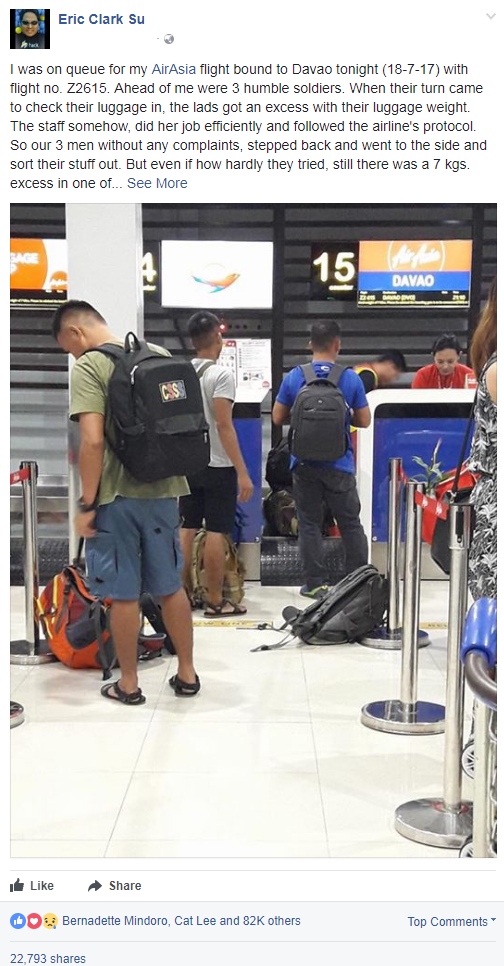 “I was on queue for my AirAsia flight bound to Davao tonight (18-7-17) with flight no. Z2615. Ahead of me were 3 humble soldiers. When their turn came to check their luggage in, the lads got an excess with their luggage weight. The staff somehow, did her job efficiently and followed the airline’s protocol. So our 3 men without any complaints, stepped back and went to the side and sort their stuff out.”

Inday Rakel noticed that the three soldiers in front of her had an excess baggage. The staff told them about the situation, which the soldiers humbly accepted and went out of the line to sort their personal belongings.

“But even if how hardly they tried, still there was a 7 kgs. excess in one of the soldiers’. Upon looking at their things, all we can see were their combat uniforms, which got me sooo curious and started to chat with them. 1 passenger suggested to have it cargoed but they can’t do it as they have to travel straight to Cotabato and 2 of them are to head to Marawi. After learning where they are bound to, I felt like the need to talk to the Supervisor. I mean, these men are risking their lives for our security, our peace, our freedom… can’t they be granted with lil bit of privilege? at least a free 7kgs luggage?”

Unfortunately, one of the three soldiers still requires more even after he tried to arrange his stuff. A fellow passenger suggested that they can have it shipped instead, but since the soldiers are coming to Cotabato and Marawi, option seems impossible.

“Before I went around to try to look for the Supervisor, kind hearted passengers started to offer their extra weight for our soldiers. With that, my heart melted. I was really captivated by the generosity and kindness these passengers shown. It was literally like Filipinos in Bayanihan. And when it was my turn, luckily enough with an extra 2kgs free, the soldier’s shoes filled my rucksack in.” 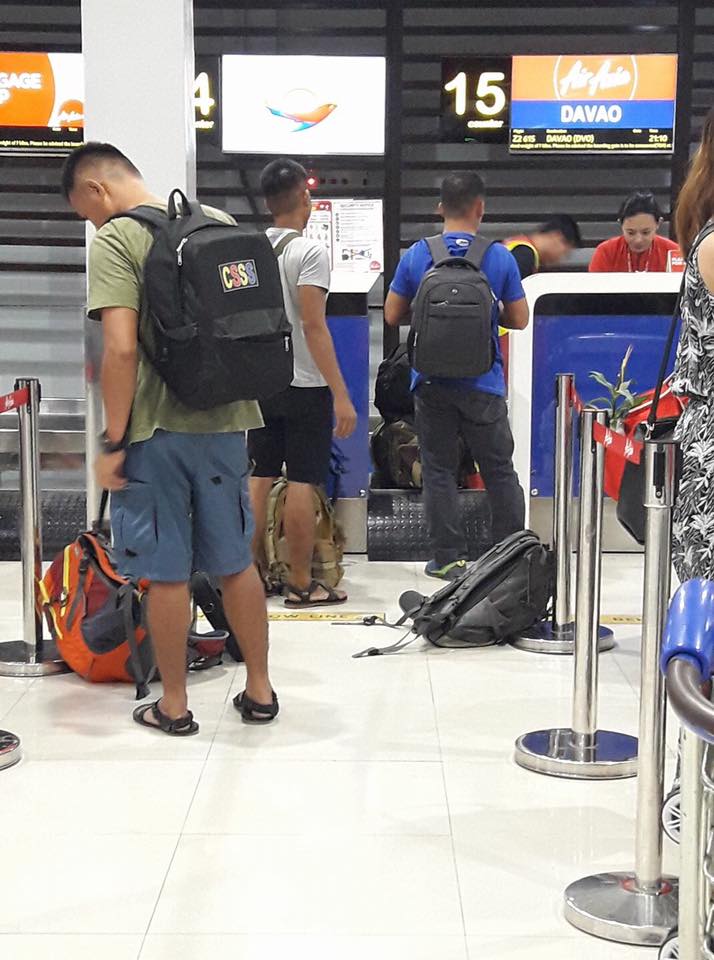 Inday Rakel was supposed to ask the Supervisor to give the soldiers consideration since they are risking their lives just to keep the country safe. She suddenly noticed that the passengers were already offering their extra space to the soldiers!

“I am blessed to somehow help them with their luggage, and that was a little thank you for the bigger job they are doing. But, we are even blessed to have these men who are ready to die for our freedom, for our land. Even if they were so called “men in uniform”, they remained humble and followed simple airline rules. True heroes not just in war, but as an abiding citizens. Filipino citizens who deserve better at least for an extra few luggage weight.

Cheers to our heroes! Our soldiers!

May all our airlines give somehow a lil bit consideration esp. to them who sacrifice for our country.

According to a netizen who left a comment on the post, the management of AirAsia decided to increase the baggage allowance of the AFP members who are on a peacekeeping mission.

Meanwhile, netizens said that the soldiers should be given more benefit rather than an increased baggage allowance, considering their efforts to protect the Filipinos. 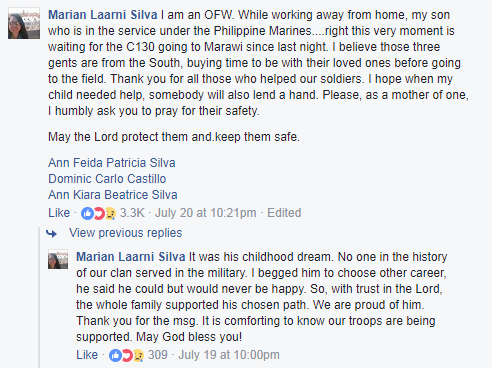 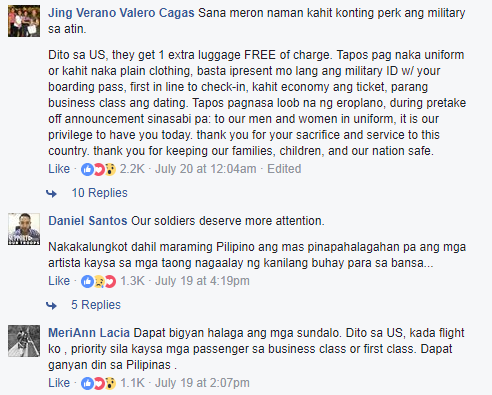 It is indeed wonderful to see that the Filipinos know how to show appreciation and respect to our heroes. True enough, though we may not see it as often, the bayanihan spirit still exists.

How about you? In your opinion, what additional benefits should be offered to our soldiers? Share your sentiments below! 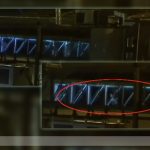 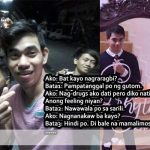