Now that Richard Gutierrez has conquered the soils of ABS-CBN, he admits that working with Kapamilya stars is indeed thrilling. Signing a contract under the leading TV Network in the country, Richard is set to do several projects. Starting off with La Luna Sangre where he will be playing a ‘king vampire’, Richard has a busy year ahead.

Even though they are no longer together, Richard still considers Angel Locsin as a special person in his life. When asked about how important Angel is to him, he says,

“She was very happy for me, very excited and ang sarap lang ng feeling na makakatrabaho ko ulit si Angel,” Richard admits. “Angel has been a vital person in my career and it’s nice to do a reunion project, nauna pa yung sa TV. You know, it’s very good,” he added.

We can recall that these two have been a long-time on-screen couple, doing blockbuster movies such as “Let The Love Begin” and “Mulawin: The Movie”. They have experienced a lot in their careers. They have shared ups and downs and it’s very nice to see them working again together.

Aside from KathNiel’s La Luna Sangre, he is set to do a reunion film with Angel Locsin. Co-starring Angelica Panganiban, he finally reveals the movie title of their upcoming film. Wife, Husband, Wife. Still mum on the specifics of the film, he encourages us to just wait for further announcements and let the management do the rest. 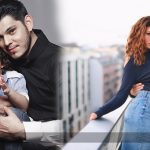 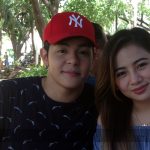