“When it rains, it pours, I guess so I’m embracing the grind.”

The exact words of Richard Gutierrez talking about his overwhelming transfer to the Kapamilya network. Having offered several projects, Richard is only allowed to talk about his upcoming teleserye and the much-awaited reunion movie with Angel Locsin.

It is earlier reported that Richard and his wife, Sarah Lahbati had already plans of having a new baby. But when asked again in his recent contract signing and press conference, he said,

“We’ll have to maybe delay [it] a little bit. Our main priority right now is of course, this opportunity that was given to me. You know, an opportunity like this doesn’t come very often. I’m not gonna take it for granted. I’m gonna embrace it, enjoy it and work hard for it.”

Not taking anything for granted, Richard admits that his main priority right now is the projects lined up for him. But he believes that everything will fall into its rightful places eventually.

Let’s hope for the success of Richard Gutierrez’ comeback and also for his family! 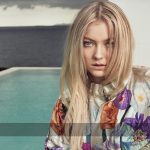 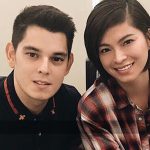