After months of speculations, Richard Gutierrez finally puts gossips to a halt as he signs a contract with ABS-CBN yesterday, May 31. Branded as the newest Kapamilya star, he officially announces his role in the upcoming  KathNiel teleserye, La Luna Sangre.

After making a respectable name in showbiz, Richard takes a huge part in the much-awaited comeback teleserye of teen king and queen, Daniel Padilla and Kathryn Bernardo.

Clarifying his role, he said that he will be playing the ‘King Vampire’ in ABS-CBN’s latest offering. Named Sandrino, Richard keeps mum about the specifics of his role, but to give everyone a clue, it’s a ‘bida-kontrabida‘.

Despite Sandrino’s tough physique, his humble and painful beginning is a must-watch, he says. When asked if he will appear in the pilot episode, he simply said,

Acknowledging the excellent team he’s currently working with, he lauded Direk Cathy Garcia-Molina for taking care of her actors. He even admitted that their stunt choreographer is from Singapore.

Richard also encourages everyone to watch out for this new teleserye, and to never miss a single episode. 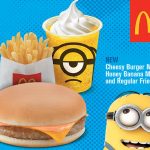 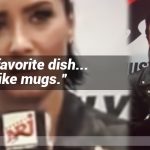