Society affects a lot of people more than they realize.

Most of the time, they are influenced and affected by what other people say – regardless if it is a positive or a negative remark.

Sure, there are some who can easily accept it and say that they can take negative comments as a form of criticisms, but not everyone can do the same. For some, these comments can affect the way they perceive themselves even when they don’t want to.

There are a few who doesn’t want to receive such harsh comments which is why they try to avoid wearing flashy clothes that will turn them into a showstopper whenever they are with a huge crowd. However, not all women agree to this. Some of them still wear whatever they like – simply because it is their right to do so.

In relation to this, a female netizen named Louise Claire D. Delacruz tried to change women’s mind regarding this matter.

Delacruz even encouraged women to wear their favorite OOTDs even when the society says it doesn’t suit them.

The first part of Delacruz’ post is somewhat related to another issue – which is about the women being blamed for what they worse if they are disrespected by some perverted guy.

“Lakas maka-swimsuit, hindi naman sexy.” “Makashorts, di naman makinis.” “Makasleeveless, hindi naman maputi.” Well, people, I don’t have to be sexy to wear whatever the f**k I like. I may be fat or skinny or curvy or petite or tan or fair or flawless or painted with scars, I am MY definition of beautiful, and you people, are yours. I may wear my shorts or baggy pants or tiny dresses, I am MY definition of gorgeous, and you are yours.”

She also shared that nothing will ever stop her from wearing clothes that people think doesn’t suit her because she owns her body and she has a freedom to so.

“People most of the time are so afraid wear what they want because of this very thing we call the “society”. This is hypocritical of me, but, damn, let’s just wear those OOTDs and let us not give a s**t anymore.”

Delacruz stressed that she is her own definition of beautiful, which isn’t based on those skinny supermodels, flawless actresses or whoever the people have in mind.

She has her own standard of beautiful and will not change it because the society said so.

Facebook users who had seen her post were motivated to be proud of themselves regardless of what people will say about their appearance.

What Delacruz said is indeed right. Why would a person bother to qualify for other people’s standards when that person isn’t even trying to look good for them?

At the end of the day, what matters is the fact that a person fully accepts his/her own self regardless if the society does or not.

What are your thoughts about Delacruz’ post? Did it inspire you as well? 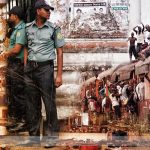 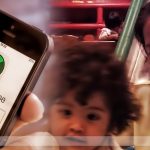