Hello Kitty is one of the most famous cartoon characters ever existed. Despite of the period of time when it was created and shown on televisions, Hello Kitty is still active in capturing the hearts of a lot of people.

As a matter of fact, there are a lot of fans who began collecting Hello Kitty items as their collection. They even spend a fortune just to get a hold of the rare ones available on market.

Usually, the fans of this famous character are all females, since the show was all pink and girly. But on the other hand, it is surprising that there are also muscled men who actually like Hello Kitty.

Paul Sese posted about the Hello Kitty themed jeepney on his Facebook account last April 19th. According to him, the vehicle owner is not gay, but is fond of adding Hello Kitty inspired items to his jeep.

The stuffed toys are all Hello Kitty, including the steering wheel!

The seats are all covered with the character’s face and its trademark color.

Even the curtains and trash bin is also Hello Kitty themed.

To our surprise, the roof itself is also filled with Hello Kitty illustrations!

Facebook users who had seen Sese’s post were amazed by the overall decoration of the jeep. There is also a netizens who posted her picture riding the jeep in the comment box.

This cutesy jeep can be found in Angeles, Pampanga.

After knowing that the driver is straight, it is indeed shocking but cute to see that gender didn’t become a barrier for him to express his interest.

Would you like to get a ride in this jeep? 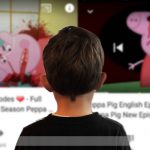 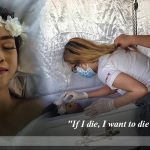