Kids love cartoons. Shows which are made especially for children is successful in making a toddler hooked in a show as they are fond of colorful and creatively-illustrated characters, not to mention that they also provide moral lessons that children can easily pick up and apply to themselves.

On the other hand, there are also a lot of shows which was altered and made the kids who had seen it horrified afterwards. One of these kinds of shows is Peppa Pig.

Apparently, the show which was intended to be kid-friendly has an altered version in YouTube that made some kids end up crying after watching the show.

A concerned Facebook user named Kitty Jean posted a status regarding the different version of Peppa Pig which she and her daughter had seen on YouTube.

According to her, a certain channel that uploaded the Peppa Pig had a sick and twisted theme which is not at all suited for kids. It was disguised as a kid-friendly show to get the kids to do something harmful.

She also said that the reason why they get past the filters is because of the characters – which are marked for kids.

The videos play automatically if no one is paying attention, and shows up both on YouTube Kids and regular YouTube due to the characters and the content is unmonitored.

What’s more alarming is that there are other incidents similar to this occurrence. Jean had also read that another video was using characters from a TV show called ‘The Winx Club’, which has characters of fairies.

The channel had a step by step tutorial on how to turn into a fire fairy by turning on the oven and the stove to let the ‘magic gas’ fill the house.

The video even said to make sure to do it at night so no one hears you or it will ruin the so-called magic.

Unfortunately, the little girl mentioned in the article ended up severely burned over most of her body after she had blown up the kitchen. Moreover, there are also other characters such as Micky Mouse, Spiderman, Frozen’s Elsa, and more.

Jean encouraged her fellow Facebook users to flag or report such kind of video in case they confirm that the video is an edited one like the Peppa Pig version they had seen.

Netizens who had seen the post were alarmed as kids are indeed fond of watching such shows, and gave their friends and relatives a heads up about these kinds of video.

Again, please do not let your kids watch these cartoons all by themselves especially when it is posted in the internet as there might be a huge number of similar videos that might encourage a kid to do extremely dangerous things.

We never know which of these videos contain twisted themes so it is better to guide your children beforehand. 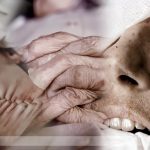 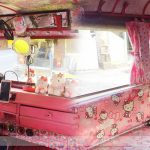