The networking industry had undeniably reproduced their population ever since it had emerged in the country a few years ago. There are some who really did earn through it, but there are also a few who had fallen victim to a modus.

Even until today, networking from different organizations is still active despite the increasing number of people who viewed the industry in a negative way. However, these various organizations differ in one thing – approach.  Although there are a number of recruiters who use a polite way of approach, there are also some cases where they can be harsh and arrogant.

To give an example for this, here’s a Facebook post from Ma Kristina Metran Catudio. According to Catudio, the pictures she sent were a part of her brother Julius Catudio and Echo Gonowon’s conversation. She also said that the two of them were former classmates which explain how they knew each other.

Gonowon has been active in the social media platform to recruit more members as his downlines.

Their conversation started with Gonowon who initiated a small talk with Catudio about his work, asking how much money he makes through his job. Just like a typical recruiter, Gonowon gave him some motivational words about success and that he would help Catudio reach for his dreams.

Catudio immediately made it clear to his chat mate that networking is not for him since he is yearning for a great experience which will help him improve as a passionate artist.

However, Gonowon started mentioning his two vehicles and his newly bought house worth 1.5 million. He also said that if someone doesn’t have two cars and a million-worth home, it is already considered a “difficult life.”

Catudio, on the other hand, kept calm and repeatedly told him that those material things is not what he seek, but rather the happiness of doing what he loves.

When he thought his former classmate would finally get his point, Gonowon added more statements which clearly indicate how he went overboard from simply inviting Catudio to be one of his downlines.  According to him, Catudio can’t even buy a wheel of a car, and that he was arrogant considering that he doesn’t have anything against him. He even added that Gonowon has everything he doesn’t have.

He didn’t even stopped there and continued being rude to Catudio when he said that he was a “poor guy” who “cannot even buy himself a nice pair of shoes.”  Gonowon continued being conceited towards Catudio and implied that he was bragging and arguing, which is the other way around.

Catudio was finally fed up and tired from convincing him that he doesn’t really want to be in a networking industry, and dropped the conversation.

In this case, it is clear that a simple approach to invite Catudio lead Gonowon to being pushy and acted haughtily towards his old friend. Was he was carried away or is it just the way he is? 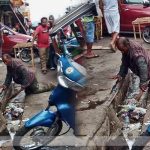 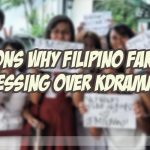