Nowadays, Filipino fans tend to indulge in more Korean dramas than the local soap operas aired each night. The addiction had started years ago ever since the Philippine television networks started airing some of the iconic Korean series such as Lovers in Paris, My Girl and Jewel in the Palace to name a few.

Presently, almost every single citizen knows a few Korean phrases because of the strong influence of these dramas on them.

But why do they prefer Korean dramas above all?

Every drama has a distinctive storyline which is mostly close to reality, but there are also some which are based on fantasy.

Other people may complain that they cannot understand the lyrics of each drama’s official soundtracks, but for the fans it is the message and the delivery that matters. And the beautiful voice of the artist too!

One of the reasons why Korean dramas are successful is the actors. The use different artists and different leads no matter what loveteam they belong to in the past. Through this method, the characters discover a natural chemistry most of the time. Also, Korean dramas are famous for their good-looking actors and actresses who are indeed swoon-worthy!

If there is one thing about television series that people love, it is Korea’s tradition and culture. Most of their dramas are set in a traditional period which allows their viewers to have a glimpse on how things are in the early era. This is the reason why every fan dreams to be able to wear their traditional clothing, “hanbok.”

They can effortlessly get a viewer hooked in a one-hour episode, and makes them attached to the story really hard, which explains why most viewers are extremely affected whenever there is a sad scene in a drama.

There are times when a viewer gets a hunch about the next scene or how the drama ends, but it doesn’t happen too often. Usually, just when their fans thought they know what will happen, the people behind a certain drama suddenly turns the wheel around and leaves their viewers shocked and dumbfounded.

Surely, Korea has a lot of talented writers.

The only downside as to why fans are disappointed with a drama is because of its length. Koreans don’t do second seasons only to satisfy their viewers or just so they can get more rating. Once a drama is finish, it is totally over.

Almost every single drama that they have is filmed cleanly and appealing to the eyes of their audience. Some of the dramas got the fans wanting to take a picture of each scene because of their amazing skill.

Every character in a single drama is truly talented as they can easily make their viewers laugh or cry in a specific scene. In Korea, actors and actresses undergo a lot of trainings for years. The industry always makes sure that an artist is truly ready before giving them a project in a Korean drama.

Fans are obsessing over these Asian dramas because each one is different from the other. Also, they don’t focus on a single genre only, and does not focus mainly on romance. They like spicing it up with other genres that they can incorporate!

It is not shocking that Korean television networks gained a lot of fans not only in the Asian countries, but also in some of the Western nations. What’s impressive about them is that, they invest a lot in a drama to make sure it is produced wonderfully for their fans to enjoy. 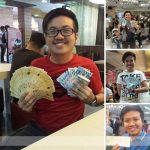 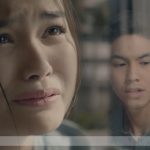