Thousands of netizens were alarmed after Trevor Winfield from Onoway, Alberta, posted a video of his running water in his sink. There’s nothing else weird except for his tap water – which is color pink.

More pictures of this pink water had circulated on the internet and was confirmed that Trevor is not alone in this experience.

Most residents have noticed the sudden change in color of their tap water on a Monday evening.

The town Mayor had apologized for what happened, and explained that the problem lies with the water treatment plant.

According to Mayor Dale Krasnow, “We are still assessing what exactly happened but it appears a valve may have stuck allowing the potassium permanganate to get into our sump reservoir and thereby into the Town’s water distribution system.”

Potassium permanganate is most commonly used to remove unpleasant taste and odors from drinking water. However, too much of it can change the water into pink or purple.

Residents have been alarmed and were cautious for their safety, and therefore immediately reported the issue to the local government.

Krasnow also said that, “there was never a public health risk.” For some locals, the water turned clear after a few minutes of running it. 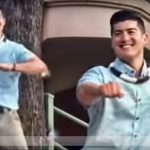 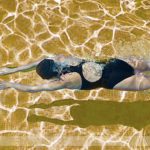