Iloilo City–A pedicab driver got beaten up by a Korean tourist after saying “Saranghaeyo”.

A Korean national was standing outside a supermarket in Iloilo and he threw his phone away. The 56-year old driver from Brgy. Barrido, John “Ajuy” Tromata tried to help and picked up the foreigner’s phone. Upon returning, he told the man “Saranghaeyo”.

Suddenly, the man punched Tromata four times and let out a kick on his thighs.  The driver later explained that he thought ‘saranghaeyo’ means ‘thank you’. It was too late to realize what he said and the Korean national misinterpreted him. The foreigner thought the driver was hitting on him, so he got angry and threw punches.

Until now, it has not been cleared if the Korean had been arrested for the crime, or if Tromata has plans of suing the suspect, considering he doesn’t have money to push charges.

A clip of the interview has been posted on Halo-Halo’s Youtube Channel. 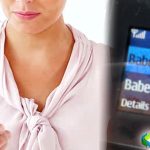 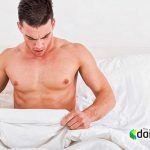