Christine Guaves was literally shocked when she discovered something to the phone she saw on her way to work.

According to her viral Facebook post, she retrieved this old model Nokia phone in a jeepney heading to her work.

Through her willingness to return the cellphone, she looked for a contact or a text message that she can use to bring back the phone. She believed that whoever owns the phone, he/she needs it.

Guaves waited until her shift ends, and not a single ring happened to the phone. Then the decision to explore the phone sinks in. She got disappointed when she found out that no contact nor a single message was saved to it.

She found out that the phone, at the time, was displaying the Phone Storage. She turned it to Sim Storage, and was shocked with her own discovery.

Contacts started to pile up, and messages began to come out, but what shocks caught her attention was beyond her imagination.

As she scanned the contact list, she found out different phone numbers named “Babe” and it was labeled from 1-12.

The reactions of the netizens are mixed, some laughed, and some got annoyed to the owner of the cellphone.

Now that his/her phone got viral, it would be hard to get back the phone, now that thousands of people already know the story. 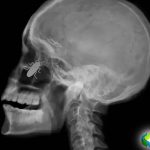 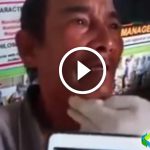