Pope Francis criticized some members of the Church, saying it is better to be an atheist than one of “many” Catholics who he quoted “lead a hypocritical double life”.

“It is a scandal to say one thing and do another. That is a double life,” he explained.

A Vatican Radio transcript covered one mass of the head of the 1.2-billion member Roman Catholic Church. During this mass, the pope said:

“There are those who say ‘I am very Catholic, I always go to Mass, I belong to this and that association’.”

Ironically, the same people should also say, “my life is not Christian, I don’t pay my employees proper salaries, I exploit people, I do dirty business, I launder money, (I lead) a double life’,” the Pope suggested.

Since he became the Pope in 2013, Francis is very vocal about his beliefs and religious leads. He suggested that everyone in the religion should practice what they preach.

“There are many Catholics who are like this and they cause scandal. How many times have we all heard people say ‘if that person is a Catholic, it is better to be an atheist’,” Pope Francis said.

One of his sermons, he addressed the priest assaulters of young children as being tantamount to a “Satanic Mass”. Adding to this, he also told his own cardinals to not act as if they were “princes”.

Pope Francis doesn’t fail to see the goodness in everything. He even said that Christians should see atheists as good people if they do good. 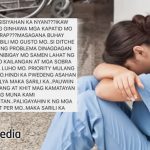