For an OFW’s point of view, seeing this message could crush a heart.

All of us know that our loved ones overseas is trying hard in turning nights to days. The least thing we can do is help them with the heavy load they are carrying.

A post on PESO SENSE’s Facebook page went viral when an alleged OFW nurse in Canada shared her older brother’s hurtful message. In this context, she was called “selfish” after refusing to give her brother money to pay for a car their family was planning to buy.

150,000 pesos was the amount her brother is asking–as for a downpayment for the car. She explained that she refused because she had her own family’s expenses too.

Wanting to keep her identity anonymous, she said that she had already given hundreds of thousands to her siblings. 200,000 pesos for her younger brother’s business and another 55,000 pesos for a small convenience store.

Moreover, he’s paying for her nephew’s (to his older brother) tuition fee amounting to 30,000 pesos. She also lent the land she bought for her siblings’ house. She has also sent them balikbayan boxes containing Nike shoes, designer watches and other expensive things.

She is now realizing that she is working hard but gains so little. Her brother, doing nothing takes most of her income and lives the good life.

In a statement she said,

I am the one who sends one of my older brother’s children to a private school with a P30,000 tuition fee…they live in Las Piñas in a house owned by my older sister but built on land I own,…then after all that I still get called selfish. 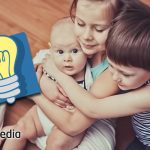 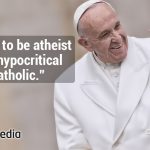