A recent study by UK-based researchers shows that learning a second language can prove to have positive effects on the brain. Scientists have observed that bilingual people are better at sustaining their attention and can focus better when accomplishing tasks at hand.

The University of Birmingham study involved a group of 99 volunteers, composed of 51 English-only speakers and 48 who spoke both English and Chinese daily. After conducting three sets of tests on the participants, the overall results showed that the bilinguals recorded faster response times compared to the monolinguals. The scientists explain that switching between languages makes the bilingual brain better at maintaining focus.

Andrea Krott, speaking for the Birmingham researchers, said that, “It is already well known that the experience of speaking another language changes the structure of the brain and how it functions… Together with other evidence, our research suggests that the lifetime task of switching between languages appears to enhance the ability to maintain attention.”

So if you are easily distracted or are finding it difficult to finish tasks at the office as your mind constantly wanders, perhaps putting money and effort into foreign language classes may prove to be a good investment. 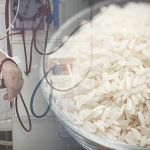 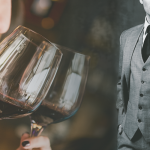