MANILA, Philippines. Three whistleblowers who claim to have witnessed massive vote-shaving operations in Quezon province have said that about 300,000 votes were allegedly added to Camarines Sur Rep. Leni Robredo’s, while 200,000 votes were “robbed” from Sen. Ferdinand “Bongbong” Marcos.

The purported witnesses, accompanied by Pastor Boy Saycon, secretary-general of  the Council on Philippine Affairs (COPA), were presented at a press conference at the Senate on Monday, May 30, the day of proclamation ceremonies.

The witnesses, whose heads and faces were covered during the press conference, said that vote manipulation was carried out in a privately owned building in Quezon province.

However, the witnesses failed to provide any evidence of their claims.

On Tuesday, May 31, a Commission on Elections (COMELEC) official urged the whistleblowers to prove their claim and file an election protest. Commissioner Luie Guia said that the procedure the supposed witnesses presented was different from the one used in the Automated Election System (AES).

( We don’t know how it could possibly happen like that but it would be better if they file a formal complaint and specify what really happened and where it happened so Comelec or any agency can respond to the complaint.) 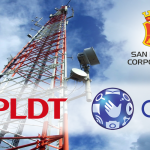 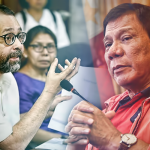