Presumptive President and Davao Mayor Rodrigo Duterte made his first press conference last May 15 (Sunday) wherein he stated that he will ask congress to reinstate the death penalty for capital punishment. The tough-talking soon-to-be President of the Philippines specified that he is considering death by hanging as the preferred capital punishment. This was met by opposition by pro-life organizations, mainly the Commission on Human Rights (CHR) and the Catholic Bishops’ Conference of the Philippines (CBCP).

GMA News’ noontime news show Balitanghali interviewed representatives from these pro-life organization on May 16 (Monday) to weigh in on Duterte’s proposal.

(“We will monitor the deliberation in Congress, and we at the Commission on Human Rights will submit our position there.The current position of the CHR is that death penalty is contrary to human dignity and human rights. In a weak justice system with many loopholes, the usual results are people being convicted with capital punishment may later be proven innocent,” said Commission on Human Rights chairman Luis Martin Gascon.)

(“Of course we will oppose that, specially the CBCP. The church cannot just sit on it. The church will take a stand on it. The state has never given life to anyone, so it cannot take a life of anyone. That is what’s clear,” the outspoken prelate said.)

Even former CHR chairperson Etta Rosales weighed in on the issue in a separate interview conducted by ANC’s Dateline Philippines last May 16.

“There have been studies made in the Philippines, commissioned by the Supreme Court no less, to show that it (death penalty) has not been effective as a mechanism, as an approach. As a matter of fact, these studies have shown that most of those who have been accused of crimes are people who are coming from the poor and could not afford lawyers who could defend them effectively,” the former CHR chair said.

Both leaders of the CHR and the CBCP said that they will be coordinating with the incoming President Duterte to reconsider his death penalty proposal to curb criminality. 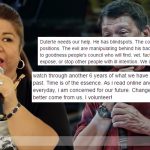 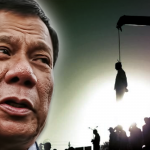