Have you ever been in trouble—or put someone else in trouble—because of tardiness? Punctuality is often linked to values and respect. It even contributes to a person’s productivity and success. And while there is a saying that goes “the early bird catches the worm,” it does not apply to everyone.

Some people are just “born” to be a tardy, but it’s not just because they want to annoy someone.

According to Elite Daily, research done by Management consultant Diana DeLonzor showed that there are some psychological and physiological components in the brain that make a person chronically late most of the time.

In the book DeLonzor authored, Never Be Late Again, she stated: “Most late people have been late all their life, and they are late for every type of activit —good or bad.

“Surprisingly little scientific research has been done on tardiness, but some experts subscribe to the theory that certain people are hardwired to be late and that part of the problem may be embedded deep in the lobes of the brain.”

In a study conducted by San Francisco University, DeLonzor determined seven categories of late people which she labeled as:

(1) The Deadliners who are “subconsciously drawn to the adrenaline rush of that last minute sprint to the finish line.”
(2) The Producers who “consistently over-schedule their days and think they can do everything in such a little time.”
(3) The Absent-Minded Professors who get easily distracted which can be linked to a diagnosable condition like attention deficit hyperactivity disorder (ADHD) and who have a “hard time getting from point A to point B without getting distracted by C, D, and E.”
(4) The Rebel who takes pleasure in the attention and assumed importance they get from being late.
(5) The Rationalizer who points at different factors as reasons of their tardiness.
(6) The Indulger who “struggles with self-control.”
(7) The Evader who is a perfectionist.

DeLonzor also stated that habitually late people perceive time differently compared to the more punctual ones. They may be unrealistic and are bad time estimators but are amazingly more optimistic and concentrate on bigger things. When a person thinks he can do multiple tasks in such limited time, it makes them more hopeful. And because they are associated with Type B personality, they are also more laidback and easygoing.

But while being habitually tardy may now scientifically explained and justified, it is still best that we learn how to adjust and manage our time wisely, and become more punctual to the best of our capacity just for the sole reason of respecting those who value every minute of their time.

Are you the early bird or tardy type of person? Do you agree with this study? Type your comments below. 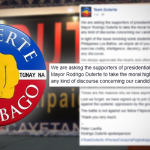 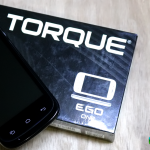