Peter Laviña, Mayor Rodrigo Duterte’s spokesperson, asked the public to refrain from bullying and attacking University of the Philippines Los Banos (UPLB) student Stephen Villena. Villena earned the ire of Duterte supporters after video showing him throwing questions at the mayor went viral as he was presumed to be rude to the presidential candidate during the forum held at UPLB last March 11, 2016. Villena received criticisms and even death threats from Duterte’s supporters.

On March 13, 2016, an official statement was posted on the Team Duterte Facebook page. Lavina specifically said that Duterte’s supporters should take the “moral high ground” when engaging in any kind of discourse concerning the presidential candidate.

The statement said: “We are asking the supporters of presidential candidate and Davao City Mayor Rodrigo Duterte to take the moral high ground when engaging in any kind of discourse concerning our candidate.

“In light of the issue involving some students of the University of the Philippines Los Baños, we enjoin all of you to be responsible citizens and exercise civility, intelligence, decency, and compassion when engaged in any discourse.

“We deeply appreciate the hearty and oftentimes intense expression of support and love for Duterte as all these push our campaign for real change to a whole new level.

“Let us be reminded that we are here together because of our collective desperation for the country to break away from discontent, poverty, corruption, criminality, and proliferation of drugs.

“These are the reasons why we have aspired for real change.

“Lest we forget, we have signed up to join Duterte in his battle, a battle against the systemic oppression by the government of its people.

“The battle is not against our fellow Filipinos.

“Thank you very much.

Meanwhile, a bogus poster circulated online announcing that Duterte will be backing out of the presidential debate in Cebu City on March 20, 2016 because it will be held in the University of the Philippines Cebu in connection with the recent visit of Duterte to UPLB. Lavina, however, clarified that Duterte will not back out of the debate.

“This is a squid tactic to confuse our supporters and paint our candidate as a coward, liar and disengaging – things that he is not. This is the handiwork of people or groups threatened by the surge of Duterte’s ratings in the surveys,” Lavina stated. 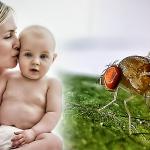 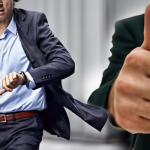