A new study suggests that individuals who have hostile attitudes and negative views towards members of the LGBT community may actually have same-sex desires.

According to the research published in the April 2012 issue of the Journal of Personality and Social Psychology, homophobia may actually originate from authoritarian parents who have homophobic views. Four studies were carried out by researchers to explore the discrepancies between what people claim about their sexual orientation and their implicit sexual orientation. The studies, which were based on a reaction-time test, involved college students from the US and Germany.

In his interview with LiveScience, study co-author Richard Ryan of the University of Rochester explained, “This study shows that if you are feeling that kind of visceral reaction to an out-group, ask yourself, ‘Why?’ Those intense emotions should serve as a call to self-reflection.”

Based on the findings of the four studies, it was found that those who feel threatened by LGBT people do so because they fear their own desires, driving them to “protest too much.”

“In addition, it appears that sometimes those who would oppress others have been oppressed themselves, and we can have some compassion for them too, they may be unaccepting of others because they cannot be accepting of themselves,” Ryan said.

Lastly, the research revealed that participants who indicated heterosexuality despite having hidden same-sex urges were also the most likely to display gay discrimination and anti-gay attitudes. 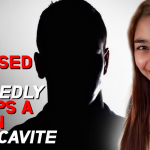 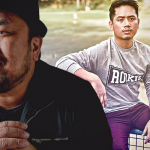