Sun Life Financial first introduced life insurance in the Philippines in 1895. And now, 120 years later, Sun Life Financial is still the number one life insurance company in the Philippines in terms of total premiums. Their brand ambassador, Kapamilya actor Piolo Pascual, revealed why he chose Sun Life over other brands last January 30, 2016 during the #LiveFreePH press conference held at the Seda Hotel in Davao City.

What Pascual pointed out that life insurance is one of those investments that is hard to talk about and difficult to understand. And while many Filipinos aim to have financial freedom, many still find it difficult to invest in insurance plans as they find its terms complicated.

Fortunately, Sun Life Financial offers policies that are easier to comprehend. With over 7,000 trained and qualified financial advisors nationwide, more Filipinos can be financially free.

While there are many life many insurance companies in the Philippines that offer similar financial services, Sun Life Financial aims to encourage Filipinos to pursue financial freedom with the help of their financial advisors who will support them.

#LiveFreePH Freedom Tour is a nationwide caravan that aims to guide Filipinos as they begin their journey towards financial freedom. This includes #LiveFreePH mall booths where they can take part in several activities like declaring their vision of financial freedom via the “Live Free Freedom Wall.” The caravan has already made stops in Pampanga and Iloilo, and most recently in Davao City last January 30, 2016. The #LiveFreePH caravan held in Abreeza Mall, Davao City culminated with a concert dubbed “Freedom Celebration,” which featured Sun Life ambassadors, Kapamilya actors Piolo Pascual and Inigo Pascual.

Watch out this year for Sun Life Financial’s new programs that aim to help Filipinos realize their vision of financial freedom. 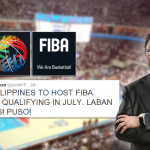