Garret Gee, the 26-year-old Filipino-American behind the mobile app Scan, is taking his family on a round-the-world-trip. But unlike other tourists, Gee and his family will be touring the world to bring a positive change to the lives of others.

But instead of spending his fortune on fancy homes and luxury cars, Gee and his family opted to sell all their belongings to fund their world tour. In addition, they intend to help others who are less fortunate at each destination.

Speaking to Balitang America, Gee revealed, “We’ll find some anonymous way to help another family in need or anonymously give back to others.”

The family has set up a YouTube channel called Bucket List Family to document and share their travels. The family has already visited Thailand, Australia, Tonga, Singapore, and Indonesia. This 2016, Gee and his siblings are planning to visit the Philippines.

“Hopefully this year in 2016, visit the Philippines with my siblings. There’s six of us, so it’d be a really cool opportunity for us to just kind of do a tour of where our ancestors and parents came from,” Gee said. 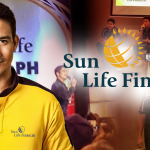 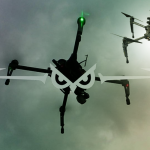