Does the saying “smart is the new sexy” hold true for men?

While many men claim that they are attracted to the idea of dating intelligent women, a recent study has revealed that this may not be the case in real life.

In the study that involved 105 males, participants were initially asked to read a hypothetical scenario featuring a woman who either outperformed or underperformed them in an English or Math course. Afterwards, they were asked to imagine them as a romantic partner.

The findings of their study showed that men perceived women who outscored them as a more desirable partner.

“Men formed favorable impressions and showed greater interest in women who displayed more (versus less) intelligence than themselves,” the study said.

But when men were asked if they would date such a woman in real life, men suddenly had a change of heart.

“[Men faced in this real life scenario] distanced themselves more from her, tended to rate her as less attractive, and showed less desire to exchange contact information or plan a date with her.”

The researchers believe that men’s decreased attraction for intelligent women was brought about by feelings of diminished masculinity. 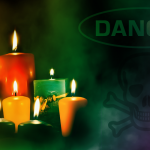 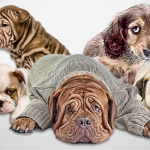