Many people light scented candles to freshen or set the mood in their rooms. But unknown to many, this household item can actually put you and your family in danger.

According to a study performed by Professor Alastair Lewis of the National Center for Atmospheric Science at the University of York, scented candles contain an ingredient that turns into formaldehyde when it comes in contact with air.

The ingredient which gives a citrus aroma to scented candles, limonene, mutates into formaldehyde when it reacts to  naturally occurring ozone. A possible human carcinogen according to the Health Protection Agency, formaldehyde is known for being toxic and corrosive. It also causes other health issues such as sore throats, nosebleeds, stinging eyes, and coughs.

“The issue is we don’t really know what the consequences of long-term exposure to formaldehyde are. It is a chemical that is known to harm you long-term,” Professor Lewis revealed to The Telegraph.

Professor Lewis advised homeowners to open doors and windows after lighting a scented candle. He also suggested the use of pollution-reducing houseplants such as English ivy, lavenders, geraniums, and several ferns that are known to absorb formaldehyde. 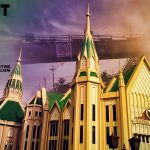 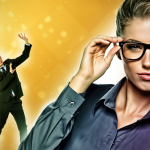