Last January 8, Top Gear Philippines shared a picture from one of their followers, Cheekee Flores. Flores said that they had waited a year for his dad’s license to be issued, only to find out that there was an error on the printed birth date. On the picture, encircled is the data stating the owner’s birth date as November 18, 2044.

The post caused netizens to share similar experiences that they had with the LTO (Land Transportation Office.)

Facebook user Wilmor Somerhalder related that “I have the same problem. I was born 1988. I got my license only to find out that I’m older than my mom. AHAHA.”

“A friend told me when she renewed her driver’s license instead of female, male yung nakalagay (it said male instead),” said Marieanne Tolention.“She asked the lto staff about it and she told her ok Lang daw yun (it’s okay). Kung kasi papalitan magbabayad pa daw siya. Hintayin na Lang daw ma expire and [sic] license. (If they corrected it, she would have to pay a fee. They told her to wait and have it revised when the license expired.) What the heck.”

Because of their experiences where they were charged a “correction fee,” a lot of netizens were quick to point out that this was a scam run by the LTO.

“They do it purposely,” said Therese Wong.“Kasi pag pinapalitan mo dahil sa corrections, may additional payment.. Racket ng lto yan.” (If you want the information corrected, there’s an additional payment. The LTO is running a racket.)

Ming Jung Huang shared, “Back then when I renewed my license, they purposely mispelled my name and birth date also, when I ask them why and wants to have it changed, they want me to pay the full amount of renewal fee again, thus I settled with the wrong license info.”

But Filipinos being Filipinos, most netizens found humor or poked fun at the situation.

“He’s not even a fetus. hahaha,” joked Marco Jonathan Rossi.

“How can you be arrested when you don’t even exist yet?” asked Red Maglana.

“This shows the future of the Philippines is worst!” exclaimed Mark Reodica.“Ur dad needs to travel back to get license.”

Top Gear, meanwhile, had this to say: “He can actually be arrested for driving. Because he isn’t even a teenager yet. We think that’s the racket here.” 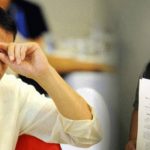 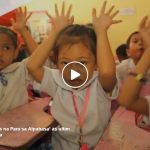