John Paulo Delas Nievas, the University of the Philippines student who filed a petition with the Comelec to disqualify presidential aspirant Mayor Rodrigo Duterte, said that he has been getting violent threats from Davao City mayor’s followers.

According to Inquirer, Delas Nievas, who is also a student leader, revealed that he has received death and even rape threats against his girlfriend from followers “inspired” by the ways of the high-strung mayor.

During the initial conference on the disqualification case against Duterte, Nieves said that he received the threats on social media like his Facebook account. He charged Duterte’s followers of cyberbullying.

Delas Nievas believes that the presidential candidate that these people are supporting has encouraged them not to understand and unite but to propagate fear. “Now, I have become their victim,” Delas Nievas stated. He also said that even if Duterte has not been chosen yet as president, cyberbullying on social media has already become widespread.

Duterte’s followers have become bold in harassing the opposition because of the mayor’s daring statements regarding the enforcement of the death penalty against erring criminals and officials. Delas Nievas’s decision to go to Davao City made his parents fear for his life.

Delas Nievas told his parents not to be afraid because he didn’t do anything wrong, He said that he just fulfilled his duty as a Filipino citizen.

The student leader called on Duterte’s supporters to follow due process and the rule of law, just like what he did by filing a petition. In the end, he said he will not stop seeking the disqualification of Duterte even with threats to his life. Delas Nievas is the third petitioner asking to disqualify Duterte.

Delas Nievas  filed a disqualification case against Duterte last December 2015 and said that the mayor should be disqualified because he has no one to replace since former Partido Demokratikong Pilipino-Laban ng Bayan standard-bearer Martin Diño has a faulty certificate of candidacy. 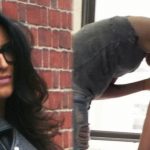 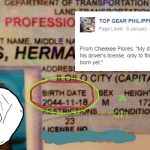